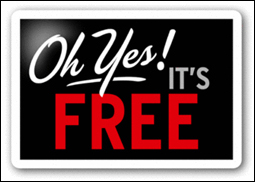 Free is a dirty, angst filled, and hatred-driven word that circulates the music industry today. Simply put, because instruments, amps, rent, sound engineers, and MacBook Pros are not. On the other hand, the information, the applications, the software, and the services that aid musicians on-line have been free all along. The problem is that time and attention are now the scarcest, most expensive commodities in the world and the competition for them is daunting. To the average music fan, not only do they not care about your music, but you are completely invisible.

You find two common narratives on-line, either you the musician are empowered with the opportunity of a lifetime (to connect and interact) or the proverbial sky over the music industry fell five years ago (MySpace and piracy). No matter what side of the fence you are on, there are countless examples fueling your world view every day. On some accounts, it's simple, because Halo, World of Warcraft and Second Life are far more engrossing to digital natives than anything on your website or chat. With over 8 million bands on MySpace, 112.8 million blogs indexed by Technorati, and 78.3 million videos on YouTube it seems impossible to get attention, yet with almost zero economic momentum musicians still conquer the odds.

It’s not fair to say that Bo Burnham started to propel himself into the YouTube spotlight without economic momentum back in December of 2006. After all, his parents were paying the mortgage, his piano might have been a Christmas present, and that t-shirt was either a hand-me-down or a Salvation Army grab. Regardless, the 13 videos on his channel have garnered a staggering 21,545,875 million views. Leading him to being signed with Gersh, 3 arts, and Comedy Central.

The power of free lies is in its unique ability to get rotation on the radio. Not the one full of DJ chatter, advertising, gatekeepers, middlemen, and a long history of payola. No super bowl tickets, money, or favors required. As Bruce Warila of Unsprung Media states in his post, “iPods, mobile phones, and MP3 players in general, are the new radio that everyone carries in their pockets now. Every artist has to obtain multiple spins on the new radio to convert listeners into paying fans.”

Through understanding this concept, Making April went onto sell 1,000 singles a week on iTunes, but not without doing the leg work. They found similar artists, pinged every person on their list, got personal with each comment and reply, talked to fans through instant messenger and ran contests. By engaging their audience consistently they were able to build relationships and increase fan participation on MySpace. After a year of giving their music away, doing on-line promotions, and getting a song placed on MTV’s Laguna Beach, they started to push their iTunes page and went on to get a record deal.

Chris Anderson goes onto illustrate in his up and coming book that there are four kinds of free: