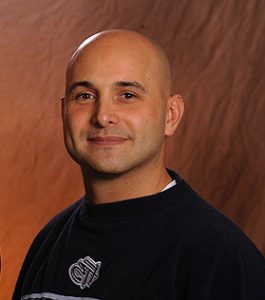 NEW YORK (CelebrityAccess) – Craig Carton, a co-host of the popular WFAN sports radio talk show was arrested by federal authorities on Wednesday on charges that he was involved in a multi-million dollar fraudulent concert ticket resale scheme.

According to the Justice Department, Carton, Michael Wright, and another individual have been charged with securities fraud, wire fraud, and conspiracy after they were alleged to have convinced investors to pump millions into a scheme to purchase and resell concert tickets on the secondary market. According to the allegations, Carton and the unidentified individual told investors they had secured agreements with concert promoters for blocks of tickets, when in fact they did not have such agreements.

Instead, Carton and Wright used investor money on payments of personal debts and payments to casinos, prosecutors alleged.

Acting Manhattan U.S. Attorney Joon H. Kim said: “As alleged, Craig Carton and Michael Wright deceived investors and raised millions of dollars through misrepresentation and outright lies. Their schemes were allegedly propped up by phony contracts with two companies to purchase blocks of concert tickets, when in fact, Carton and Wright had no deals to purchase any tickets at all. As alleged, behind all the talk, the Wright and Carson show was just a sham, designed to fleece investors out of millions ultimately to be spent on payments to casinos and to pay off other personal debt.”

“Carton and Wright thought they could get off easy by allegedly paying off their debts with other people’s money. They then attempted to pay off investors with money that would eventually become future debt, as alleged. We see this time and time again, the rise and fall of a Ponzi scheme destined for failure. The truth is, the time will come when your luck runs out. Unfortunately for those arrested today, that time is now,” FBI Assistant Director-in-Charge William F. Sweeney Jr. said.

Carton, along with retired quarterback Boomer Esiason are the hosts of WFAN’s “Boomer & Carton” and replaced Don Imus in 2007. WFAN owner CBS Radio told the New York Times that it was “aware of the situation” and was cooperating with the authorities. Esiason solo-hosted the show on Wednesday and it was unclear if he was aware at the time of his colleague’s legal entanglements, attributing his absence to illness.

Lawyers for Mr. Carton and Mr. Wright could not immediately be reached for comment.