LONDON (CelebrityAccess) — Royal Albert Hall, one of the most iconic venues in the United Kingdom, is under investigation over potential conflicts of interest by members of its governing council.

According to the BBC, the UK Charity Commission referred the hall to its Charity Tribunal over claims that seats given to families that helped to finance the hall’s construction in the 1860s, were being sold for a substantial profit.

The alleged sale of the seats was further compounded by the fact that the seat-holders held a majority position in the governing council of the venue, raising “an inherent unresolvable conflict of interest”.

A spokesperson for the Charity Commission said, per the BBC, “The question is whether these arrangements enable the council to be perceived as furthering the purposes of the charity for the public benefit.

“We have been engaged with the hall for some time and, while progress has been made in some areas, the central issue of how to deal with the conflicts of interest, and suggested private benefit, remain unresolved and the hall has shown minimal appetite to address these.

“Due to the complex nature of these matters, we gained the consent of the Attorney General to refer a number of questions to the Charity Tribunal.”

A spokesperson for the Hall told the said in a statement:

“We are disappointed to hear that the Charity Commission has taken this route.

“Over many years, the hall has engaged in a meaningful way to resolve what is a complex set of issues, however the commission has chosen to refuse to meet us, whilst pursuing what has been a costly and drawn out route.

The Charity Tribunal is rarely used and the referral of the Hall is only the third inquest to be held in the past decade. The hearings, which will be open to the public, are expected to begin later this year.

Eurosonic Noorderslag Will Be As ‘Live As Possible’ In 2021 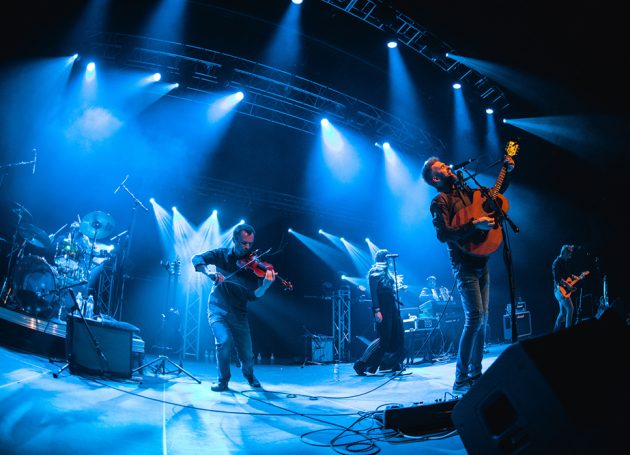 The Verve Pipe To Perform Live Show In Omaha Next Month