Steve Collins will join OVG as the COO and be responsible for overseeing the construction of and completion of all of OVG’s Arena Alliance projects. In addition, Collins will join the Executive Management team and assist in overseeing the company’s divisions focused on both arena & facility management. This will include Prevent Advisors, Global Partnerships, OVG Facility Management, Media and Conferences. Additionally, Steve will join Francesca Bodie to continue to explore new divisions and services on behalf of OVG, providing opportunities for both its own facilities as well as the facility industry. 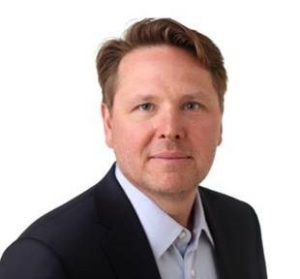 “We are fortunate to bring someone on board with Steve’s knowledge and experience,” said Tim Leiweke, CEO of the Oak View Group. “He is working on one of the most important and impactful arena developments ever with Chase Center. Our partnership, respect and deep relationship with the Warriors organization creates a seamless transition next year, allowing Steve to finish his work with Chase Center and then bring that experience and knowledge to OVG’s Arena projects. We are excited to be a part of Chase Center and the Warriors family and to be sharing Steve and his leadership and vision.”

“Steve has been instrumental in designing and building what we believe will be the best sports and entertainment venue in the world located in one of the world’s most vibrant markets,” said Rick Welts, President and Chief Operating Officer of the Warriors. “We are very happy for Steve that he will be transitioning into a key role with our partner, OVG, this summer, and are grateful for all his ongoing contributions to Chase Center.”

OVG’s ownership group includes Leiweke and Irving Azoff with partners Silverlake.  Together, they head a company formed in 2015 and whose announced projects include the $850M new arena at Seattle Center along with the 32nd expansion franchise of the NHL, and a new $800 million arena in New York in conjunction with the New York Islanders