“‘What I owe an audience is what I’m most passionate about at the time,’ he says, ‘And if I’m just going through the motions and saying ‘Here’s that one from this year and here’s this one from this year,’ I’m doing a disservice to my audience.'”

Are you an artist or an entertainer?

“Relix” used to be the Grateful Dead magazine, but over the years it has expanded, first into all jam band music, then to so much more. Yes, unlike “Rolling Stone,” or even “Billboard,” “Relix” is about music, throughout. However, pick up an issue and I doubt you’ll be familiar with even half of the acts, if that. You see there’s a parallel scene to the Spotify Top 50, made up of acts into it for the music first, who are supported on the road by fans. These acts don’t complain, they just put their heads down and experiment, the rest of the music business ignores them, and that’s just fine with these creators.

Which brings me to the Grammys. A little history for you folks, it wasn’t until Mike Greene came along about thirty years ago that the Grammys gained any gravitas whatsoever. Prior to that it was a TV show for oldsters and for youngsters it was a constant laugh, the greats were ignored and the inconsequential lauded. It was a badge of honor NOT to be nominated for a Grammy, never mind win. But a decade ago, Mike Greene was ousted and replaced by Neil Portnow. Portnow was a tool of the labels, that’s where he paid his dues. Unlike Greene, Portnow didn’t stand up to anyone on the inside, never mind anyone on the outside, like New York, as Greene famously did. Portnow was brought in to calm the waters, unfortunately during his tenure the popular music business changed completely, and he and his organization missed it. Yes, the last ten years have been the heyday of hip-hop. Unlike the wankers voting for the Grammys, rappers got online early, as did their audience, and moved forward while those in the Grammy organization stayed in their self-satisfied backwater. But cracks started to appear in the organization so they brought in a woman, Deborah Dugan, to bring the organization into the modern era, and they didn’t like that she exercised her power and then excised her. And the result? This year’s Grammy nominations, which satisfy almost no one. Entire categories are female only. The Weeknd was ignored. It’s like they read the press, but did not live in the real world. They miscalculated. Whereas they always picked heritage artists and hip-hop complained, now it’s like they skipped over what’s happening to look hip, which the Grammys never were, nominating acts that most of the public has never heard of, with little commercial success, illustrating the organization is just clueless, can we just ignore it, most people do, the ratings for the awards show keep sinking and the so-called “Grammy Bounce” evaporated years ago.

Do you give the people what they want or do you do what you want to do? Do you play to the masses, are you compromised by people’s expectations, or do you continue to explore, do what you feel is right? Isn’t that why you became an artist to begin with, to live the anti-life, to get away from the man, do it your way and succeed?

And yes, most acts don’t succeed. The “Relix” acts survive, there’s a scene to support them, but most acts follow trends and are also-rans at best. And then there are those so outside the system that they’re ignored by almost everybody. As long as they don’t complain, that’s fine, but that’s not today’s ethos, today EVERYBODY complains, the internet is a giant consumer affairs desk, everybody has an opinion and everybody is bitching except when they’re selling, on YouTube, Instagram, TikTok or whatever the platform du jour happens to be. And very little of what the so-called “influencers” purvey is art. It’s pure commerce, the goal is to make money, and I’ve got no problem with that, as long as it’s not exalted as the only goal, the only metric.

And then there are acts that grab the brass ring. What happens to them? Oh, you could be nominated for a Grammy for a song that almost no one has heard, based on your name alone and past injustices, or you can go on the road playing your hits to an ever-aging and ever-decreasing audience or…

You can continue to explore, you can try to recapture the magic of what made your music so appealing in the first place.

But be prepared for blowback.

“‘I used to be a little meaner about it than I am now, maybe snarky about it.'”

Your so-called biggest fans are the ones who abhor your changes, who reach out and piss on you again and again. How dare you not give them what they want, you need to stay exactly the same, as their lives change. Then again, in music, fans believe they are in charge, that it’s your duty to play the hits. And if you don’t, they won’t come, that’ll show you. But the truth is if you’re big enough, if you’re good enough, you’ve got a hard core who still care, who will still support you.

“‘My hardcore fans don’t give a rat’s ass whether I play those old hits or not. Frankly, they’d prefer it if I didn’t play them. They would prefer that I play songs that are more adventurous and more subject to development and searching – that’s what they want to hear.'”

There is no center anymore, just a giant smorgasbord. So, on one level, the Grammys have it right, we need endless categories to cover the spectrum of music. However, don’t get me started with the nominating process, akin to the Facebook algorithms, tweaked by the organization for the benefit of the organization, not its users. In other words, the big are nowhere near as big as they used to be. Even the Weeknd…a lot of the world has never heard his music and doesn’t care about it, like the “Relix” crowd. These people may even deride the fact that Abel works with the hitmakers du jour, where it’s more about them than him. They want acts to express their unfiltered message from their souls. As for mistakes, those are cool, they evidence exploration, trying, if you’re not willing to fail, you can’t truly succeed.

There’s business in playing the oldies to the oldsters, and if you’re into that, on either side of the stage, that’s cool with me. Although I must admit, the people who go to see the same act do the same music every tour is head-scratching. I guess there’s so much in life I haven’t experienced that I don’t want to take up time with repeats. These acts are slaves to their audiences. Sure, listeners don’t want to hear new music, it’s the equivalent of an extended drum solo, time to take a pee, but that does not mean you should stop testing the limits. But that’s hard for superstars, even stars. They believed if they made it their lives would work, and when they didn’t, when all their problems were not fixed by their success, they couldn’t do it anymore, they couldn’t recapture the magic that led to their hits in the first place. Maybe it’s best to have never become a big star, to always be searching, sure, you’re gonna have less money, but your career, your identity, your life is gonna be your own.

And you’ve only got one. Do you really want to be on your deathbed lamenting that you did it their way, not yours? Once again, if you’re into it for the commerce, the branding, the perks, you give ’em what they want. But if you’re an artist, you do it your way. Especially in this internet era where failures are forgiven. Used to be a stiff cratered your momentum and put you on the downswing, today it’s listened to and then ignored and if you do something worthy of attention in the future, people are ready for it. Today you create more music, which satiates fans, you’re on an endless hejira… Hell, Joni Mitchell is a perfect example, she never gave the audience what it expected. She didn’t shave off her jazz influences, just like Hornsby is not shaving off his modern classical influences. And Neil Young specializes in confounding audience expectations. And despite the naysayers over the decades, he’s revered as a god, despite the commercial failures.

Sure, I could come out with platitudes like be true to yourself, but either you’re an artist or you’re not. If you are an artist, I’m here to tell you that now, more than ever, it’s hard to do it your way. Because the audience has a voice and the press is clueless. You’re on your own. And talk to anybody on the receiving end of feedback. It’s the haters who are loudest, and oftentimes it’s more about their personal frustrations than your “failings.” Their lives aren’t working, they didn’t take any risks, so they want to drag you down into the hole they’re in. If you’re listening to consumer feedback today, you’re doomed. The satiated are either sycophants or rarely reply. But the complainers are out in full force, having you question yourself and your work, it takes a lot of strength to ignore them.

So Bruce Hornsby is a beacon. He chucked his Top Forty career to play with the Grateful Dead, garnering a whole new audience which has kept him alive to this day. It looked like a wrong turn at the time, but in retrospect it was genius, not that it was all premeditated, Hornsby just wanted to play with the Dead, damn his advisers. The artist always knows best, especially in music, where the business people can’t create it. And it’s what resonates in the heart of the maker that resonates in the heart of the listener. One true fan is more rewarding than five casual listeners. You’re looking for people who get it, who get you, who will follow you.

But first you must lead.

Try your best not to be afraid. 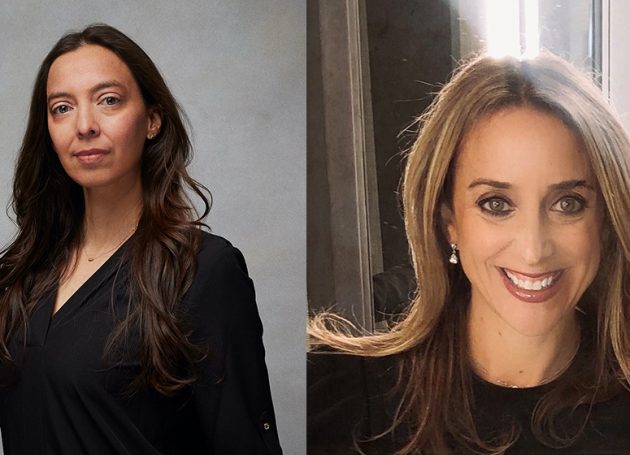