(Hypebot) — From IPOs to catalog acquisitions and instructional investments in the creator economy to fan NFT investments in their favorite artists, money is flowing into the music business at an unprecedent rate.

The team at consumer financial services company Bankrate shares some wisdom as to where and how the average fan/consumer can invest in music as well.

By Giovanny Moreano from Bankrate.

The music industry is entering a new golden age with technology disrupting how listeners consume music, from concerts in virtual reality to unfettered access to hearing any song at any time. As a result, analysts predict that the value of music royalties, licenses, and other related assets will likely rise with increased competition. This trend presents significant opportunities for artists, labels, listeners and investors alike.

Only 30 years ago, music lovers relied on portable CDs and cassette tapes to access their favorite tunes. But with the emergence of the internet and greater access to bandwidth, brands such as Apple, Spotify and YouTube have redefined the music experience. And it’s all for a good reason. Goldman Sachs estimates that music revenue could reach $131 billion by 2030, supported by a spike in music streaming across the globe.

In this beginner’s guide, we explore the investment potential, along with some popular trends in this fast-evolving industry.

Despite massive challenges from the global pandemic, streaming services have continued to grow. Hit songs like Luis Fonsi’s “Despacito” have been viewed on YouTube more than 7.6 billion times, nearly matching the world’s population estimated at 7.8 billion. Other music artists like Katy Perry, Taylor Swift, Rihanna, Shakira, J Balvin, and Ed Sheeran, to name a few, have released songs that generated billions of views, revealing the power of mass distribution.

But none of this would’ve been possible without technology. The music industry is hitting on all cylinders, from streaming companies like Spotify to device makers like Apple, and even social media companies that use big data and analytics to paint a picture of people’s interests.

The streaming model is straightforward. Listeners can access an on-demand music library for free if they agree to listen to advertisements in between songs. Streaming companies then collect premiums on broadcasting those ads. Streaming service providers require monthly subscriptions for those who prefer to listen uninterrupted. Those subscriptions can come with added benefits like curated playlists or family plans.

For music artists, streaming platforms hold a wealth of information as companies dissect listeners’ habits. Apart from collecting royalties, musicians can use streaming data to decide on a tour location, pitch new songs to editors, gather demographics about their audience and even raise money for new projects. Spotify alone hosts over 380 million listeners in 184 markets.

According to the Recording Industry Association of America (RIAA), revenue for streaming services in the U.S. stood at around $10 billion in 2020. That figure accounts for 83 percent of total music industry revenue. Moreover, RIAA says that paid subscriptions to on-demand stream companies increased by 25 percent to 75.5 million subscribers in 2020 from 60.4 million in 2019 — the biggest ever increase in a single year.

Beyond streaming services, many companies, like exercise equipment maker Peloton (PTON), integrate music playlists into their products. These efforts create additional revenue streams in royalties for music owners such as Warner Music (WMG).

Also, the adoption of smart-home devices such as Sonos speakers (SONO), Amazon’s Alexa and Google Nest, among others, deepen listeners’ interaction with music at home. High-tech devices like wireless headphones have also become the norm among listeners. From home to work and beyond, listeners consume content at a record clip.

Similarly, analysts predict that wider internet adoption and greater accessibility to technology could bring millions of additional listeners to the music ecosystem, especially in emerging markets. This trend translates to more music streaming and, as a result, higher royalties.

For artists, royalties can be a lifeline. Consider British singer and songwriter David Bowie, who in 1997 raised $55 million backed by future royalty streams to buy back rights for his music from his former manager. Known as “Bowie Bonds,” the asset class became one of the first instances of artists using intellectual property as the underlying collateral.

For investors, one of the benefits of investing in royalties is diversification. Investors aim to diversify their portfolios through various asset classes such as stocks, real estate, art and perhaps royalties. Of course, different asset classes carry varying levels of risk, so it’s prudent to consider each option carefully.

Artists are also beginning to turn to non-fungible tokens (NFTs) as a more direct way to publish their music while enjoying a bigger fraction of the benefits. These NFTs use blockchains to record ownership and make it easier to collect and distribute royalty payments. Kings of Leon in 2021 became the first major band to release an album with an NFT version — entitling token owners to unlock special perks.

Another emerging way to profit from royalties, some investors have turned to crowdfunding companies like SongVest.

Founded in 2007, the fintech company acts as an online marketplace to buy and sell music royalties at auction. Through an offering, SongVest estimates the value of a music catalog, determines the number of units available, and creates a listing. Investors receive quarterly or biannual payments in exchange, similar to stock dividends.

Other players like Royalty Exchange offer similar options, matching emerging artists seeking funding for their work with potential investors in exchange for royalties. The company claims to have raised more than $100 million for content creators through more than 1,200 deals.

Crowdfunding platforms offer many types of royalties, investment durations and licensing agreements, so retail investors must exercise due diligence before committing any capital.

You may also find it useful to read this guide comparing the differences between investing and trading.

Similar to most entertainment businesses, the global pandemic dealt a significant blow to the live music industry, with many public companies losing more than half their market value. However, as lockdown restrictions ease and venues continue to reopen, live events could make a comeback.

Live Nation Entertainment (LYV), which owns Ticketmaster, predicts that attendance for concerts in 2022 will be higher than in 2019, as pent-up demand for in-person events leads to higher ticket sales. Plus, management believes this trend will continue as artists resume music tours in the next few years.

With new signs of life in the space, other names like Madison Square Garden Sports (MSGS) and Eventbrite (EB) could also benefit from the uptick in attendance.

Investing in the music industry provides long-term opportunities. As the industry evolves, retail investors have access to public stocks, exchange-traded funds and crowdfunding companies. For those more in tune with the industry, there’s memorabilia and even music instruments such as vintage guitars and pianos that become collectors’ items over time and can fetch tens of thousands of dollars.

However, like any other thematic investment, there are also potential risks. So before investing, consider reviewing all available information to determine whether music sounds like a smash hit (or a miss) for your portfolio.

Gio Moreano is a contributing writer, covering investment topics that help you make smart money decisions. Formerly an investing journalist and lead analyst for CNBC, he is passionate about financial education and empowering people to reach their goals. 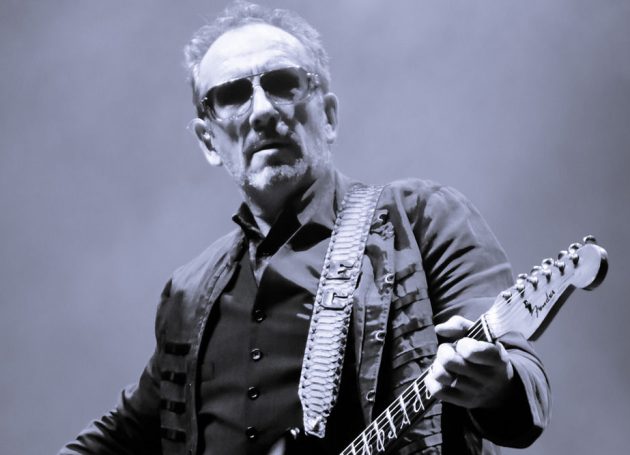