(CelebrityAccess) – A Concert in a Giant Snowglobe…Why Not? In the city that boasts The Eiffel Tower, Statue of Liberty, and an Egyptian Pyramid, the Sphere will be the coolest thing along the Vegas skyline. Madison Square Garden Entertainment (MSG) in collaboration with Las Vegas Sands Corp. have begun construction on the behemoth structure which at completion will be the largest spherical structure in the world with a price tag of about $1.8 billion. Sin City is, if nothing else, innovative in the ways it draws tourists in. With outside competition coming from areas like Dubai, Vegas is sparing no expense with the Sphere’s estimated cost of $1.8 billion.

The Las Vegas Review-Journal reports, “Work as begun on the 730-ton steel framework that will support the interior LED display and multilayered audio system.” The exosphere will feature a programmable 580,000 square foot LED display, the largest on our planet. Inside, it will house the world’s largest resolution (19,000 x 13,500 pixels) LED screen, the size of not one, not two, but three football fields. A 160,000 square foot plane that will wrap up, over, and behind the audience. MSG’s Sphere will have advanced acoustics, 170,000 speakers, and an infrasound haptic system delivering vibrations to “feel” the sound. At an estimated capacity of 17,500, all of which face the stage, it will be a complete mesmeric experience for the audience. At its completion, the Sphere will sit behind the Venetian on the strip and will sit at 367 feet tall x 515 feet wide.

MSG announced this month that it will be taking the camera technology of the Sphere to space. They’ve received a research award from the Center for the Advancement of Science in Space (CASIS) to use the International Space Station (ISS) to develop and evaluate its ultra-high-fidelity and high-resolution camera system. MSG’s goal is to use the ISS and conditions of space to develop a system capable of capturing Earth at a level of detail never before seen and that can be potentially used to explore deeper space. Could you imagine the Foo Fighters being broadcast on the side of the moon? Beam me up, Scotty!

The MSG Sphere is slated to open sometime in 2023. 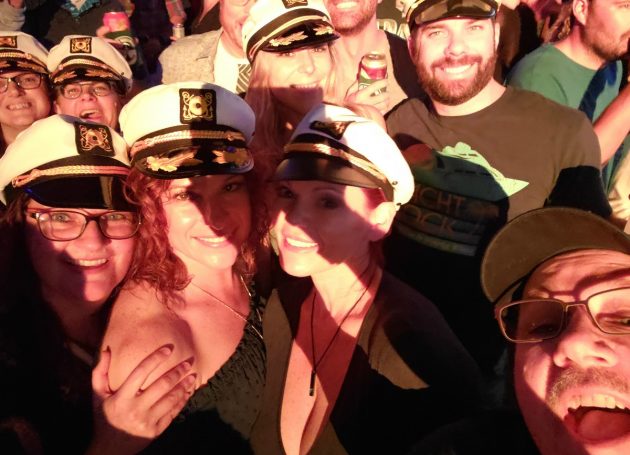