NEW YORK (CelebrityAccess) – The Big Climate Thing Festival has announced its artist lineup for the first-ever event at New York’s Forest Hills Stadium. The new climate action concert will raise awareness about growing concern over human-led destruction of the planet. The climate-themed festival takes place from September 16 – September 18 on the opening weekend of Climate Week NYC. 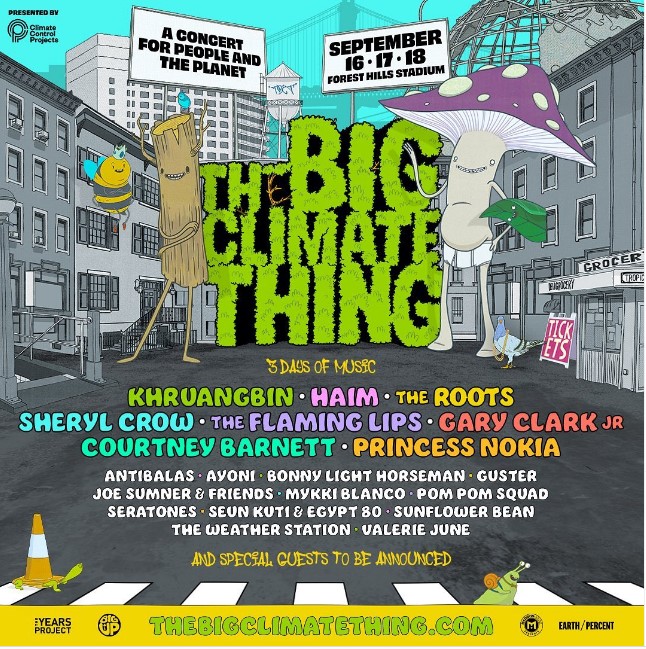 A single-stage event presented by Climate Control Projects, The Big Climate Thing will mix music and climate programming including videos, talks, and calls to action. Proceeds from the event will support Brian Eno’s non-profit, EarthPercent. The organization is aiming to raise $100 million by 2030, taking music-industry funds and turning them into climate initiatives. The festival will be carbon-mapped to focus efforts to reduce its environmental impact.

“When I imagine a stadium full of people coming together for a climate event centered on music, what I imagine is an enormous opportunity to feel solidarity that has been so missing here,” The Weather Station’s Tamara Lindeman told Rolling Stone. “I truly hope that an enormous in-person event can have some power to bring people together and create some common experience around climate, and push those in attendance to examine their climate feelings and push through them enough to act.”

Tickets go on sale at 10am on Thursday (June 30) via the festival’s website.