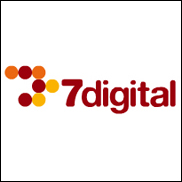 LONDON (Hypebot) –
UPDATED: When Amazon MP3 launched in the US, iTunes was, and still remains, the dominate competitor, but in the UK 7Digtial had grabbed market share alongside iTunes and others. With Amazon MP3's UK launch today is 7Digital feeling the pressure? CEO Ben Drury would say no, but his online store along with iTunes lowered prices on some big titles this morning…though most are still cheaper on Amazon.

"We'd like to congratulate Amazon UK for finally entering the MP3 market albeit a little late. We announced on September 16th that we were the first in Europe to achieve this," Drury said in a statement.

"7digital.com's sole aim is to provide consumers with a first rate music delivery service because that's what we are and what we know. Their MP3 downloads are only 256kps quality so they are not delivering the high quality 320kps MP3's unlike 7digital.com," he continued. "Amazon’s entry into the market is good news for the digital music consumer and will help accelerate the migration from physical format to digital. This is another victory for MP3 and another blow for iTunes – that doesn’t offer MP3s at all."