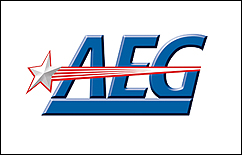 “I’m told we have a reputation of being rather quiet,” AEG CEO/president Tim Leiweke told the magazine. “We have 33 arenas, stadiums, theaters and clubs that we own or operate now. So we’re actually a fairly large player in the facility business, and this is an extension and addition to our management team we have in place.”

AEG has been very active recently, securing a contract with the New Jersey Devils’ new Prudential Arena, the l.a. live project adjacent to Los Angeles’ Staples Center, and the O2, the former Millennium Dome, in London. The company is also reportedly looking to purchase the Hartford Civic Center in Connecticut and Kansas City’s Kemper Arena.

“We’re sniffing on three or four more,” said Leiweke. “This has been a work in progress even before (COO) Bob (Newman) joined us.”

Leiweke told the magazine that rumors of AEG buying facility management company SMG are untrue, however.

“We want to continue to expand, and expand at a more rapid rate,” Leiweke told Billboard.biz. “Our goal is to grow from the 33 facilities we have today to 100 in the next few years.” –by CelebrityAccess Staff Writers