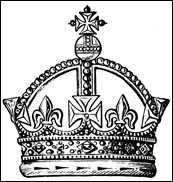 NEW YORK (CelebrityAccess MediaWire) — 50 Cent has been crowned the King of Hip Hop by the ultimate arbiter of such things, Forbes Magazine, brushing aside competition from last year's titleholder Jay-Z.

Forbes based the awarding of this prestigious title on the metric of the rapper's income last year, which topped nearly $150 million last year. Part of 50 Cent's windfall was from the sale of his share of VitaminWater's parent Glacéau to the Coca-Cola company, a deal which was worth a total of $4.1 billion. Other successes for the rapper included proceeds from his G-Unit clothing line and record label as well as his involvement in films and video games.

Fitty's not content to rest on his laurels either and the rapper has entered into a partnership with South African billionaire Patrice Motsepe in a mining venture.

Other "hip-hopreneurs" as Forbes calls them, have had good years too. Shawn "Jay-Z" Colvin signed a major 10-year, $150 million dollar deal with Live Nation, released a platinum-selling album and got married to Beyonce but only came in second on the Forbes list.

Diddy snuck in at third after pocketing $35 million from various ventures, including his Sean John clothing line, two reality television shows, his Bad Boy record label and his premium vodka line Ciroc. We suspect that Diddy may have swayed the judges this year though after he teamed up with 50 Cent and Jay Z to release "I Get Money (The Forbes 1, 2, 3 Remix)"

Not one to be left off of such a list, Kanye West comes in at #4 after clearing $30 million from the proceeds of his third album, Graduation, his songwriting efforts and a busy touring schedule.

Showing that you don't need to be alive to make the list, Tupac brought in about 15 million this year — a year in which his still-living former business partner Suge Knight was forced to sell his mansion after filing bankruptcy. – CelebrityAccess Staff Writers