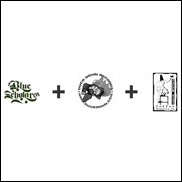 SEATTLE, WA (Hypebot) – It's not a typo – Seattle's Blue Scholars did not sign to the indie hip hop label Duck Down. Instead, the band hired the label to handle marketing and other functions for several of their releases. Using money from an innovative partnership with Caffe Vita Coffee Co., who will also handle local distribution, the band hired Duck Down.


According to the band, "the sales and distribution model developed by the group for their upcoming releases will allow them to maintain complete ownership of their music and total control over how it is marketed, sold, and even given away. Instead of signing a standard artist/record label deal, Blue Scholars hired the label Duck Down to run point on marketing for all of their upcoming releases."


This kind of deal acknowledges the reality that an artist can probably only take a project so far without assembling a team to help them. But hiring a team, which in a traditional record deal is achieved by giving up the majority of equity and control, still costs money.


The Blue Scholars found a sponsor/partner in Caffe Vita. Established artists like Radiohead and Nine Inch Nails can self-finance releases. Others use touring income. Jill Solbule went to her fans for financing; and Metric used a combination of a Canadian arts grants and their own money to pay for an extensive team.

The Duck Down deal with The Blue Scholars is another example that in the new music industry there is no single way to release a record. The need to put together a team and pay for it are both essentials, but after that who makes up the team and how they are compensated are only limited by the imagination and resources of the participants.

"With the record industry in flux, conditions are ripe for an alternative," wrote The Blue Scholars on their blog. "One where the artist, rather than becoming an employee of a label or sponsor, contracts the label and sponsors to do work for them. Everybody still gets a check. But it’s a relationship where the artists (and their handpicked “team”) not only have creative freedom but economic power. A counterbalance to Industry Rule #4080."