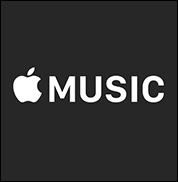 CUPERTINO California (CelebrityAccess) — Following an open letter to the company by Taylor Swift, Apple appears to have quickly backtracked from their plans not to pay artists during the free trial period for its new its new streaming music service that launches June 30.

Swift wrote the letter to Apple on her Tumblr on Sunday, making a case that the company's plan to not pay artists for music streamed during the free introductory period for its new service was not fair to artists.

"I’m sure you are aware that Apple Music will be offering a free 3 month trial to anyone who signs up for the service. I’m not sure you know that Apple Music will not be paying writers, producers, or artists for those three months. I find it to be shocking, disappointing, and completely unlike this historically progressive and generous company.

"This is not about me. Thankfully I am on my fifth album and can support myself, my band, crew, and entire management team by playing live shows. This is about the new artist or band that has just released their first single and will not be paid for its success. This is about the young songwriter who just got his or her first cut and thought that the royalties from that would get them out of debt. This is about the producer who works tirelessly to innovate and create, just like the innovators and creators at Apple are pioneering in their field…but will not get paid for a quarter of a year’s worth of plays on his or her songs," Swift wrote in the letter.

Apple appeared to take notice of Swift's missive and within hours of it being posted, Apple's Senior Vice President of Internet Software and Services Eddy Cue tweeted:

"We hear you @taylorswift13 and indie artists. Love, Apple

"#AppleMusic will pay artist for streaming, even during customer’s free trial period

"Apple will always make sure that artist are paid #iTunes #AppleMusic"

A rep from Apple could not be immediately reached to confirm Cue's tweets. – Staff Writers