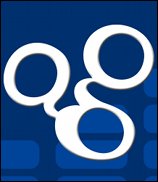 SEATTLE (Hypebot) – Seattle based Audiogalaxy has launched a free online music streaming and locker service that combines the best of both with iTune's Match and Pandora. Audiogalaxy also seems certain to feel the legal wrath of record labels and other right-holders.

"Our service offers music fans a tunable music experience – play your own tracks anywhere without uploading, copying, or syncing, or lean back and start discovering music you don't own via Mixes," said Michael Merhej, the founder of Audiogalaxy.

Customers sign up at Audiogalaxy from the computer where their music is stored, install the "Audiogalaxy Helper", and start streaming. Unlike Google, Amazon and other cloud music lockers services that require hours to upload music, Audiogalaxy scans up to 200,000 songs, and streams them to other web browsers via p2p. This "scan instead of upload" feature resembles iTunes Match, but Audiogalaxy has apparently not negotiated a revenue share with the labels as Apple id with it's $25 yearly charge.

The labels may also not be pleased with Audiogalaxy's free Mixes" feature. It allows listeners to "go beyond their own collections to stream ad-free music curated from millions of songs and customized to their tastes". But Mixes doesn't draw from a library of tracks licenced from labels; rather it reaches into other user's collections which could contain bootlegs, re-mixes and other unreleased content.

Like Pandora, you can't play full albums, but can exclude specific artists, influence the variety of songs played, and indicate how often they want to hear repeats. Audioglalaxy does claim to be licenced by SoundExchange, ASCAP, BMI, and SESAC.

No Stanger To Controversy

Audiogalaxy is no stranger to controversy. In fact it began as a file-sharing service in 2002, but was shut down by a copyright infringement lawsuit. Still Eric Garland, former CEO of BigChampagne and now an executive at Live Nation Labs is impressed. "I've been using Mixes as a beta tester, and I listen to it every day. It's exciting to see innovation in this space, especially when the focus is on engaging fans."