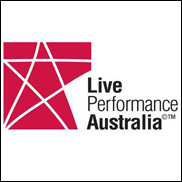 
The results illustrate what’s been a “weaker year” for the Australian live entertainment industry, and reflect a period of “poorer consumer confidence” across the country, which the LPA attributes in part to an uncertain economy.


The LPA’s CEO Evelyn Richardson says the data is no cause for alarm. The survey indicates that “the industry is stable,” Richardson tells Billboard.biz. “We’ve seen decreases in revenue and attendance,” she says, “but I think those declines are relatively modest if you put them in the context of the broader economic climate.”
Register today for Billboard's 2013 Touring Conference & Awards Nov. 13-14 in New York CityUse promo code 'BIZ13' to get a special discount.


The “contemporary music” category was by-far the largest slice of the live entertainment market, generating about 40% of revenue. Music theatre was the distant next-best, accounting for 16.9% of revenue.


The biggest tours Down Under during the reporting period included treks from Lady Gaga, Roger Waters, Prince and Taylor Swift and a stadium tour by Coldplay. Other big-name internationals who toured Australia included Rod Stewart, Elton John, Nicki Minaj, Matchbox Twenty, Jennifer Lopez and One Direction.


Music Festivals “generally experienced strong patronage in 2012,” the report notes. The LPA cites the example of Splendour in the Grass, which sold out in 2012 unlike in 2011, and the EDM-oriented Future Music Festival, which broke attendance records in 2012.


Admittedly, the LPA trade association’s survey under-reports self-ticketed events and festivals, though events such as Bluesfest are coming on board. The report was prepared by accountancy giant Ernst and Young on behalf of LPA. — According to Billboard