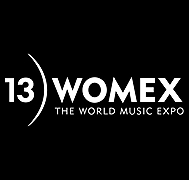 Manny Ansar (Mali) will receive the Award on behalf of Festival au Désert on Sunday morning, 27 October 2013, at the WOMEX Award Ceremony accompanied by a WOMEX Networking Breakfast, both open only to WOMEX delegates. The laudation will be offered by the freelance writer and journalist Andy Morgan (UK).

Twelve years ago, in the deserts of northern Mali, one of Africa's most remarkable music festivals was born. It drew a veil aside to reveal a previously hidden desert culture. Since then, the Festival au Désert has found a permanent home in a sea of silky white dunes west of Timbuktu and turned it into a place where the desert can meet the world in friendship and safety and parade its beauty, its pride, its musical and human wealth. The spell that the festival cast on those dunes at Essakane held firm until just a few days before the outbreak of civil war in January 2012. Then extremism and ethnic hatred banished it from its home.

But the festival will return to pursue its original purpose, which is to show the world that the Sahara and its people value their desert, its natural beauty and great tranquility, its culture and music, more than we can imagine. The festival is the most tangible outward symbol of that deep attachment and of the courage it takes to keep it alive in the face of the cruellest odds.

There will also be a chance to meet the winner of the WOMEX 13 Professional Excellence Award in a special Conference Session at WOMEX 13, in which Andy Morgan will interview Manny Ansar as a representative of Festival au Désert.

Full details will be published on the Conference page in due course: womex.com.NEWS) —