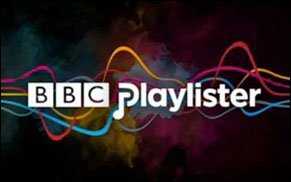 LONDON (Hypebot) – This week the BBC launched Playlister, an innovative offering that allows listeners to create playlists of music heard across the BBC's media properties and then export them to streaming music services for play. Spotify, YouTube and Deezer are current partners and they'll play the tracks they have available from your uploaded playlist. BBC Playlister is a really smart way to build on what the BBC offers across numerous tv, radio and online stations by leveraging playlists and streaming music services rather than embarking on the potentially disastrous route of launching their own.

BBC Playlister ties together music played by the BBC across a wide range of media services. It launched yesterday in beta with many features still to come.

An Introduction to BBC Playlister

The basic concept was described in the official announcement:

"Collate the tracks they love from across the BBC – via a simple sign-in process, audiences can click to remember the music they hear on the BBC and add these to their personal playlist"

"Discover recommended tracks from favourite BBC DJs and presenters or popular programmes – helping fans discover more of the music they wouldn’t have otherwise found, and get inside picks from some of the best experts in the world"

This feature set is rolling out piece by piece. The Next Web's Ben Woods tried out yesterday's launch version.

Woods points out that though song snippets are offered in Playlister, not all songs are available, and that's also the case for the services who won't have all the songs the BBC plays. But it should be a great way for listeners to decide which of the participating services can best fit their needs.

Woods gets into the flaws and features in detail. In particular, he notes that all one's tagged songs go into one big playlist with no way to break it up into smaller lists. Of course such things may change as Playlister develops.

One nice touch is the ability to export your playlist as a PDF.

Overall I think the BBC has done a great job of leveraging the intersection of their programming, the web, playlists and streaming music services without having to undergo additional licensing negotations. Despite the widespread creativity being shown by companies using playlists to curate music, BBC Playlister is an early candidate for my Best of 2013.