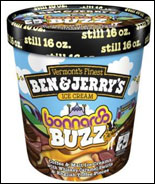 MANCHESTER, TN (CelebrityAccess MediaWire) — The organizers of Bonnaroo announced that after careful analysis of the first 10 years of the festival, they have been able to donate more than $5 million to local, regional and national charities and organizations.

Festival partner Rick Farman further explained that as they prepare for the 2012 festival, Bonnaroo organizers have challenged themselves to significantly surpass that amount over the next 10 years with innovative new programs and upgrades to existing charitable outreach and philanthropic support through the Bonnaroo Works Fund (BWF), the festival's official charitable arm, according to a statement.

Farman says its charitable focus has been an important part of Bonnaroo's guiding tenets since it was established in 2002. "One of our founding principles is to give back at the local, regional and national levels, and we are pleased that we've been able to significantly impact a number of organizations that fit the festival's mission," Farman explained. "We've learned a lot about how best to steer that effort, and as we look to the next decade, we're hoping to increase dramatically our next 10-year commitment."

The Fund is administered through the East Tennessee Foundation (ETF), which helps identify and vet organizations looking for financial aid and helps Bonnaroo focus its efforts and distribute funds where they have the most impact. The Bonnaroo Works Fund will continue to support organizations and programs invested in the arts, education, and environmental sustainability with special emphasis on local re-investment and asset building in the Bonnaroo communities.

Bonnaroo organizers divert a portion of every ticket sold to the Bonnaroo Works Fund, and over the last 10 years, Bonnaroo has supported national non-profit organizations, including Doctors Without Borders, Head Count, MusiCares, Habitat for Humanity, Boys and Girls Club of America, Rock the Earth, the American Red Cross, and the Sierra Club, as well as provided aid during tragic disasters such as the Haitian earthquake, Hurricane Katrina, Nashville floods and Gulf of Mexico oil spill.

In addition, the festival donates tickets and event packages to charities across the country for use in their fundraising efforts.

Another partnership with Sonicbids not only gives emerging artists the chance to play at Bonnaroo, but also supports the Fund through application fees. Organizers continue to work with festival partners and sponsors to generate unique and effective charitable opportunities.

Bonnaroo's philanthropic efforts are felt most strongly in its home in Middle Tennessee. From its inception, festival organizers have engaged with local community organizations, offering them the opportunity to participate in the event and raise funds to support their work. Each year, dozens of groups provide volunteers to staff popular concession booths at the festival, and Bonnaroo, in turn, donates a portion of those sales to the participating organizations.

During the past decade, these local organizations–which include the Coffee Country Rescue Squad, the Children's Advocacy Center, Project Graduation, the Hands On Science Center, the Manchester Arts Center, Park Partners, Keep Coffee County Beautiful, and numerous other sports and education groups–have raised more than $2 million to support their activities.

"We hear all the time that organizations plan their annual budgets around their fundraising activities at Bonnaroo," said Capps. "Some outfits went from raising less than $1,000 through car washes and bake sales to raising up to $40,000 by working at Bonnaroo. We love to see how creative they get in terms of attracting business to their booths, and they have a ball."

The Bonnaroo Works Fund has also consistently provided support for Coffee County's Christmas programs, the Coffee County Sheriff's Department Christmas Charity Fund and the Manchester Police Department's Toys for Tots program, both of which supply much-needed food and gifts to needy families during the holiday season. Music, arts, and sports programs of the Coffee County School system along with the local fire and police departments and the local park system's environmental efforts are among other programs that have received support from Bonnaroo.

In addition, a multi-year commitment from Bonnaroo offered substantial support to the area's new community recreation center, and Bonnaroo is currently working through an agreement with the Manchester Parks Department whereby Bonnaroo will donate 35 of its 600-plus-acre property for a new outdoor soccer complex. Construction of the facility is slated for 2012.