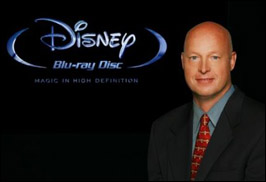 LOS ANGELES (CelebrityAccess MediaWire) — The Walt Disney Company is reportedly working on a new technology that would help slumping DVD and music sales by changing the way that consumers access content.

The new system, codenamed "Keychest" would use cloud computing technology to give consumers lifetime rights to content when they purchase it and then have that content available to them across multiple mobile and home entertainment devices, MediaBuyerPlanner reports.

"Dad has a Zune, Mom has an iPod, there's a Mac and a PC at home and a Roku box; right now, those devices don't talk to one another," a Walt Disnsy source told ABC News "We intend to blend those worlds."

As good as this may sound, there are some hurdles for Disney to overcome, most directly from A competing plan, the Digital Entertainment Content Ecosystem (DECE) which is already under development. The project enjoys the support of some major players in the industry and according to Reuters, founding partners include Sony, Fox, Microsoft, Warner Bros and Comcast to name a few. DECE differs from Disney's plan in that developers are attempting to develop a purpose-built framework for consumers to purchase and manage digital content. This framework would include new technological standards and file-formats while Disney's scheme would employ existing formats. Enlisting labels and studios would be a crucial part of the plan's success and the competing protocols may make this recruiting process more challenging.

Another major hurdle for Disney is the growing controversy on unlimited use of bandwidth and who should pay for it. Many ISPs have been expressing an interest in (or already have) metered, or tiered service plans with monthly data usage limits that at present, would seem paltry in a world of streamed high definition movies and music.

Even if the plan proves a success, Disney doesn't expect to realize positive financial results from their efforts for at least five years, Bob Chapek, president of digital entertainment at Disney told the Wall Street Journal.