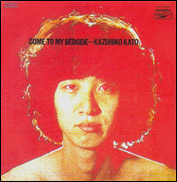 NAGANO, Japan (CelebrityAccess MediaWire) — Japanese musician Kazuhiko Kato, former member of the Folk Crusaders and a founder of the Sadistic Mika Band was found in dead in a Nagano hotel room. Kato was 62 at the time of his death.

Japanese media reported that Kato's death was apparently a suicide by hanging and police sources said they found two sucide notes with the body.

Kato's career first took off with the Folk Crusaders in the 1967 when their single "Kaettekita Yopparai (I Only Live Twice)" sold more than 1.3 million copies, making it one of the best selling hits of early Japanese pop, according to Oricon charts.

After the Sadistic Mika's dissolution, Kato went on to a solo career and became a radio and television personality. He also worked as a songwriter and producer for a number of artists, including Kenji Sawada. – CelebrityAccess Staff Writers