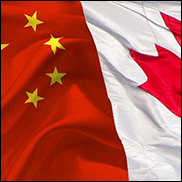 TORONTO, ON (CelebrityAccess) — The coexistence and information sharing between Chinese and Canadian cultures in Canada have reached a place where local communities, media outlets, and the arts are all taking notice. One of the most interesting (but least celebrated) ways East and West meet is through music – with this in mind, Emerging Young Artists is proud to present "A World Away: Chinese & Canadian Indie Music Concert," to be held in Toronto's Daniels Spectrum on April 9th, 2016. Co-hosted by Art Calorie, "A World Away" will feature more than ten independent musicians in many genres (including Blues, Soul, Rock, Indie Folk, and Pop), along with a house band, Marito Marques.


Not only will Chinese and Western instruments be played, but a deeper musical fusion is possible; Chinese, Canadian, and Canadian-Chinese musicians are scheduled to perform in this curated concert, bringing each of their distinct heritages to the stage. "A World Away" is part of the China-Canada 2015-2016 Year of People-to-People and Cultural Exchange Program.


Among the musicians who will perform is postmoderndisco, a composer, producer and songwriter based in Toronto. This indie artist fuses hip-hop beats with East-Asian melodies, reflecting the mixture of Western and Chinese cultural influences from her upbringing as a second-generation Chinese-Canadian. She recently released a single with Los Angeles rapper NAK called "Nothing More Beautiful," and she plays keys in local indie band These Lights.


Alex Leggett, an independent musician from Gananoque, ON, will also perform. Leggett has been writing and performing for over 10 years and has performed across Canada and internationally. Moon of Day, Alex's 4th full-length release, was released last fall.


Canadian flautist Jef Kearns will also play. Kearns is an Amazon #1 best seller in Soul-Jazz and Contemporary R&B. Detroit Jazz Magazine wrote of Kearns, "he makes the flute speak the urban language of soul" with a sound "you normally don't hear from flautists."


Jaki Tan (Tan Jiexi), a Chinese singer-songwriter who won fourth place at the 2010 Super Boy singing competition – a national singing competition in China – will perform as well. Originally from the city of Shenzhen in south China, Jaki Tan graduated from the University of Toronto. In addition to singing, he has acted in movies and as an agent to Han Hong on the Chinese reality show "I am a Singer 3".


Amely Zhou, Ann Chau, Darling Cora, Herman Wong, Leon Liang, Mira Meikle, Ping Wang, Serena Li, The Jessica Stuart Few, and the indie band Children's Hospital round out the roster. This crossover musical performance has the potential to become an annual Toronto event. Please join us at Daniels Spectrum on Saturday, April 9th, at 7:30 PM for "A World Away."