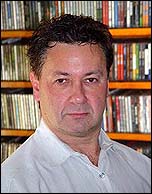 (CelebrityAccess News Service) — Clear Channel Entertainment – Music in Boston has promoted several executives in its talent buying department. Jim Ahearne has relocated to Boston from CCE-Music in Maine and has been promoted to vice president. He will oversee the booking of the FleetBoston Pavilion, as well as contribute to the booking of the Orpheum Theater and Tsongas Arena. Ahearne will continue to book events in Maine.

John Innamorato has been promoted to director of theater booking. His responsibilities have expanded to include talent buying for the Berklee Performance Center, Orpheum Theater, Sanders and Somerville Theaters, as well as continuing to oversee the buying at Avalon and other clubs in the Greater Boston area.

Bob Duteau continues as director of artist, label and radio development, though his responsibilities now include the talent buying for Dunkin Donuts Center in Providence, RI and Providence Performing Arts Center, as well as the Whittemore Center, Verizon Wireless Arena and Hampton Beach Casino in New Hampshire.

Ryan Vangel has been promoted from booking department coordinator to talent buyer and will now have an expanded role in booking clubs including Axis and The Paradise, and will now be responsible for select shows at Avalon and other venues in the market.

David Marsden has been upped to senior vice president and will continue to book the Tweeter Center in Mansfield, Gillette Stadium, the FleetCenter in Boston, The Worcester Centrum. He will also assist in talent buying for the Orpheum Theater, Tsongas Arena and the Agganis Arena at Boston University scheduled to open in 2005. –Jane Cohen and Bob Grossweiner