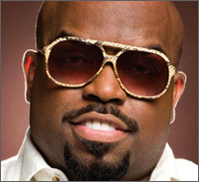 Last month, Green pleaded no contest to charges of furnishing a controlled substance over allegations that he spiked a female dinner companions' drink with the drug MDMA (ecstasy)

The woman claimed that Green spiked her drink and then sexually assaulted her, however, prosecutors declined to pursue charges of sexual assault against Green due to insufficient evidence. Green's attorney maintained that any sexual contact between Green and the alleged victim was consensual.

Since his plea, Green took to Twitter with some ill-conceived posts about rape, including: "People who have really been raped REMEMBER!!!” and “If someone is passed out they’re not even WITH you consciously! so WITH Implies consent.” Green subsequently deactivated his Twitter account and then turned it back on, sans the offensive tweets.

However the damage appears to have been done and since then, the singer has been facing cancellations for a number of his live performances.

Following the tweets, The Navy canceled a headlining slot at a Freedom Live gig at the Joint Base Anacostia-Bolling in Washington D.C. later this month.

Explaining their decision to cancel, a spokesman for Freedom Live said on their Facebook page:

"Unfortunately, one of the performers we signed for the JBAB Freedom Live show on 20 September recently posted comments on social media that we consider to completely inconsistent with Navy core values. Regardless of intent or context, the lack of sensitivity towards an issue that is one of the great challenges facing our Navy is unacceptable.

"As a result, we have made the decision to pull Cee Lo Green from the Freedom Live event on 20 September."

Green was also dropped from a scheduled appearance at the Gretna Heritage Festival in Louisiana. The festival, set for October, has instead added Joan Jett & The Blackhearts to the bill.