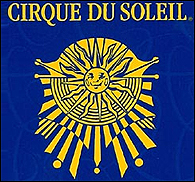 Las Vegas Sands Corp. and Cirque du Soleil are teaming to create a one-of-a-kind show that will be featured on the Cotai Strip currently being developed by Las Vegas Sands in the People's Republic of China Special Administrative Region of Macao. The new show, conceived and created solely by Cirque du Soleil will open in the Spring of 2008 in a theater built specifically to their specifications and will have a capacity of approximately 1,800 seats.

"Cirque du Soleil is an international creative force and we are thrilled that they are bringing their unique brand to Asia's Las Vegas," said William P. Weidner, president and chief operating officer of Las Vegas Sands Corp. "Cirque du Soleil has continually proven their ability to create one-of-a-kind, innovative and enduring shows that many have tried to imitate. We are certain that all of Asia will line up to see one of the most successful and spectacular performance troupes in the world and we are excited they have chosen to bring their unique brand of entertainment to the Cotai Strip."

The Las Vegas Sands will develop and own the 1,800 seat theater as well as operate the food and beverage concession stands. The design of the theater and creative and artistic decisions surrounding all show elements will be the domain of Cirque du Soleil.

The Cotai Strip is a master planned development of resort and casino properties on Cotai, an area of reclaimed land between the islands of Taipa and Coloane in Macao. Las Vegas Sands is also developing The Venetian Macao, which is currently under construction as well as hotel projects including a Four Seasons hotel, Starwood's Sheraton and St. Regis brands, a Shangri-La Hotel and a Traders hotel, and a Hilton Hotel and Conrad Hotel. Las Vegas Sands said it expects to make additional hotel, retail and entertainment announcements in the weeks ahead. –Jane Cohen and Bob Grossweiner