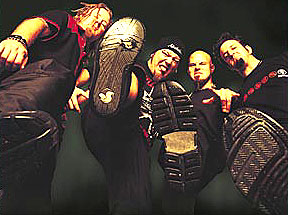 The 30-plus city Jägermeister Music Tour, set to kick off March 8 in Orlando, Florida and winding down April 24, is the latest national tour from Clear Channel Entertainment.

The hard rock club tour features headliner Drowning Pool, Coal Chamber and Ill Niño. Each show will be rounded out with a favorite Jägermeister-sponsored band from the area and CD samplers of Jägermeister bands and other Jägermeister
goods will be given out.

"We are extremely excited about getting on the road with this high-energy tour featuring some of the hottest bands on the hard rock scene," said Irv
Zuckerman, co-CEO, Clear Channel Entertainment. "Jägermeister, one of our devoted OZZfest sponsors, is keenly in-tune with those cutting-edge bands
that truly connect with their audience. It's going to rock."

"For years, Jägermeister and its website, jagermusic.com, have supported up-and-coming bands," said Lee Einsidler, executive vice president
of sales & marketing of Sidney Frank Importing Co., Inc., the American importers of Jägermeister. "This tour is a way to take our devotion to new music
and fresh talent on the road. These bands and their fans are a big reason why Jägermeister is as popular as it is, so it's great to put on a tour with
them in mind."

Jägermeister is reportedly the most popular shot brand in the United States and one of he leading imported cordials.