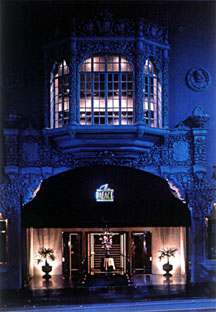 The venue will undergo major upgrading, including installation of state-of-the-art light and sound systems and redesigns of the lobby, concert hall, restaurant, upstairs club, and balcony areas.

"We are creating a prime quality concert experience like nowhere else in Los Angeles not only for fans but for the artists," said Adelman, whose success has included New York City's Roxy, Palladium, Club USA and Tunnel.

"We're a good fit," added Lyons, who, independent of HEP, is co-owner of the Lyons Group, Boston's premier entertainment venue company, whose flagship mega-club is the renowned Avalon. "We bring them a first-rate facility in this segment of the LA market and they bring access to a wide range of talent."