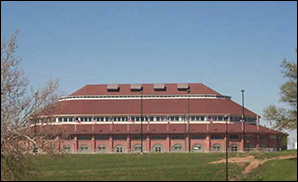 SPRINGFIELD, IL (CelebrityAccess) — The Illinois Department of Agriculture announced that it was temporarily closing the Coliseum at the Illinois State Fairgrounds after engineers discovered structural deficiencies inside of the venerable facility.

According to the Illinois State Journal-Register, a loose support beam became partially detached from the ceiling of the venue. No one was in the building at the time and the displaced beam was discovered the following day by workers at the site.

“The area was immediately cordoned off to prevent public access to the site,” Illinois Department of Agriculture Spokeswoman Rebecca Clark told the Journal-Register. “On Tuesday, engineers determined that there were structural issues that require immediate repair.”

The 115-year-old building will remain closed until repairs can be affected, though officials could provide no concrete timetable. The closure forced the relocation of two events,