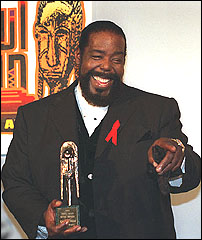 (CelebrityAccess News Service) – The Dance Music Hall of Fame has released its list of nominees for the 2004 awards.

Each year the nominating committee and board of advisors will select nominees in the categories of Performer, Record, Producer, Remixer and DJ. Ballots are then sent to an international voting committee of over 1,000 dance music experts. Artists and others that helped shape the dance music industry become eligible for induction 25 years after their first contribution or record release. Nominations are not based solely on the subject's revenue or popularity. Criteria also include the influence and significance of the nominee's contributions to the development and perpetuation of dance music.

The Dance Music Hall of Fame will recognize the contributions of those who have had a significant impact on the evolution and development of dance music and will celebrate the history and significance of dance music.
Its board members are Daniel Glass (president, Artemis Records), Eddie O'Loughlin (president, Next Plateau Entertainment) and Thomas Silverman (chairman, Tommy Boy Entertainment).

Producers (three nominees–one to be inducted in 2004):

Remixers (three Nominees–one to be inducted in 2004):

Cheryl Lynn – Got To Be Real

Eddie Kendricks – Girl You Need A Change of Mind

MFSB – Love is the Message