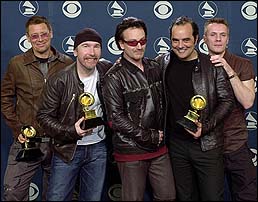 SXSW, the annual spring music confab in Austin, Texas, March 12 – 16, has
announced its initial slate of panels and panelists.

Renowned producer Daniel Lanois, whose credits include Bob Dylan's "Time Out of
Mind," Peter Gabriel's "So," and U2's "The Joshua Tree," will keynote this year's
event on March 13.

This year's Crash Courses and introductory panels will include: Touring and
Booking, Merchandising, Management, Legal Matters, Publicity, Publishing, The
Basics of Indie Labels and Distributors, and Radio Stations That Actually
Play New Music.

Among the innumerable conference panel topics are Label Heads Sound Off;
Creating A Rock Biography; When Should You Sign With A Major?; Auditing and
Accounting at Major Labels; Latin Music and the Media, Launching A Project; Fair
Use Today; Retail: Creating a Customer Base; Music in Games; Be My Guest:
Music on Television; and AAA Radio: More Listeners, More Impact?, with more to
come.