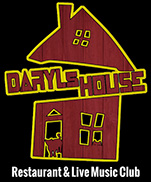 PAWLING, NY (CelebrityAccess) — A concert venue owned by Daryl Hall of Hall & Oates fame, has filed suit against a New York town alleging that new occupancy restrictions would force the business to close.

According to the Poughkeepsie Journal, the dispute is playing out against the backdrop of a bid by the venue, Daryl’s House, to build an outdoor stage.

The lawsuit, filed in March, seeks to block a move by the town of Pawling to lower the venue’s maximum occupancy from 318 standees to 198. The town provided notice to the venue that their certificate of occupancy was being revised, the Journal said.

The suit alleges that the venue was never served with notice of the reduction and never "afforded an opportunity to be heard" in the matter. During an inspection on March 3rd, the venue was cited for being over capacity, with inspectors reporting an occupancy of 206 people falls below the issued 318 limit, but above the revised limit the suit claims the town established.

In a statement to the Journal, Pawling Town Supervisor David Kelly said, “Unfortunately, it appears that the local management of Daryl’s House has exhibited a pattern of ignoring state and local code by overselling and over-parking the venue, which presents many safety issues for its patrons, many of whom are Pawling residents.”

William Sayegh, attorney for Daryl’s House, told the Journal that should the new capacity be enforced, “We will close the place down.”