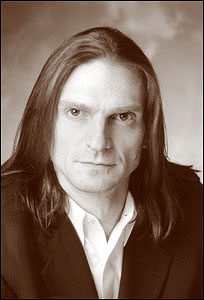 "IconEntertainment@JWT is building a formidable team, perfectly positioned to function at the intersection of the entertainment and advertising worlds," said Flanders. "Joanne is a seasoned entertainment industry executive, who has been at the forefront of exciting advertising entertainment partnerships; and Dave's marketing skills, music industry relationships, and experience working with high-visibility artists is second to none."

Lory joins IconEntertainment@JWT to develop the unit's music business. He will responsible for attracting music-related clients to JWT, to build a management roster, and to develop branding and sponsorship opportunities available globally to all clients of Icon.

Lory has a wealth of music industry experience in both management and as a label executive and has revitalized and broken some of the music business' biggest artists. He managed the Allman Brothers Band, Courtney Love and Jeff Buckley, among others. As head of international marketing for Mercury Records, Lory developed campaigns and broke artists internationally, including Bon Jovi, Shania Twain, KISS and Steve Earle, among others. Additionally, Lory produced "Songs of the City" for National Academy of Recording Artists &Scientists (NARAS) as well as the annual "Songwriters' Hall of Fame" dinner.

In her role as director of business development, Schwartz will work with Flanders to secure new business prospects and opportunities within the entertainment industry; to ensure the creation of properties for clients seeking entertainment-based branding; and to oversee implementation and execution of brand development strategies for clients of IconEntertainment.

Schwartz's entertainment business background is diverse. Most recently, she managed Sandra Bernhard and was responsible for partnering the actress/comedienne with a successful M.A.C. cosmetics campaign as well as executive producing five episodes of the A&E talk show, "The Sandra Bernhard Experience." Previously Schwartz spent five years as an A&R executive at Warner Brothers Records, where she worked with music producer Russ Titelman in the studio with artists such as Eric Clapton, Michael McDonald, James Taylor and Chaka Khan. Schwartz has also overseen the U.S. operation of U.K.-based pop label Telstar Records working with Craig David

IconEntertainment@JWT, the fully-integrated entertainment division of global ad agency J. Walter Thompson, was founded in September, 2002. It aims to provide marketing and branding solutions for entertainment companies and properties in the United States and around the world. –Jane Cohen and Bob Grossweiner