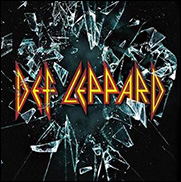 NEW YORK (CelebrityAccess) — Rock legends Def Leppard announced plans to return to the road this spring for an arena tour of North America.

The Live Nation promoted outing will hit key cities across the U.S. and Canada, and will kick off on April 8th in Manchester, NH and wrap on June 25th in Indianapolis, IN.

Tesla and Poison will provide support on select dates.

In conjunction with the announcement of their North American tour, Def Leppard also premieres the live video for “Animal” via Brave Words. The clip is from their recently announced concert film, And There Will Be A Next Time – Live From Detroit which will be released on February 10th in partnership with Eagle Rock Entertainment.

Def Leppard will be touring in support of their most recent album self-titled "Def Leppard" which peaked at #5 on the Billboard 200 when it was released last year.