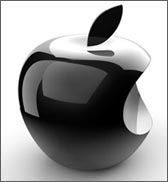 WASHINGTON (CelebrityAccess MediaWire) — The United States Department of Justice has warned Apple and five major book publishers that it intends to sue them over allegations of colluding to raise prices on electronic books.

According to the Wall Street Journal, the potential litigants have been in private talks with DoJ in an effort to settle the anti-trust case. The potential lawsuit, if successful, could have a significant impact on e-publishing practices and prices.

The case appears to focus on Apple's efforts to influence the prices charged by publishers to retailers for e-books, which, traditionally, sold for half of the cover price of the hardcover version of the book. Retailers in the old schema were then free to offer books to customers for less than cover price and major players in the e-book business such as Amazon often sold books at a loss in order to bolster sales of their e-readers such as the Kindle.

Publishers were not enthusiastic supporters of this pricing model, believing that low prices would shift consumer expectations about book price points in general.

Enter the iPad in 2010 when then Apple CEO Steve Jobs suggested that the industry move towards an "agency model" where publishers could set retail prices for e-books, with Apple taking a 30% cut from the sales.

"We told the publishers, 'We'll go to the agency model, where you set the price, and we get our 30%, and yes, the customer pays a little more, but that's what you want anyway,'" Mr. Jobs said in his biography by Walter Isaacson.

Unfortunately for Apple, the Justice Department believes this to be in violation of anti-trust laws, which prevent companies from acting in concert to set prices across an industry.

According to the Wall Street Journal, the publishers have denied that they acted jointly to determine prices and maintained that the shift to agency pricing 'enhanced competition' in the industry by fostering a thriving e-book retail sector.

Details of the settlement discussions nor any court date has been made public. The five book publishers, as well as Apple, declined to comment on the matter. – CelebrityAccess Staff Writers