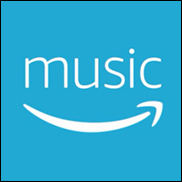 (Hypebot) – With Amazon having finally released their long awaited stand-alone streaming service, the $7.99 sticker price seems to be bucking an industry trend by offering consumers unlimited streaming for less, but the figure is deceptive.

Amazon has finally launched it’s long awaited stand-alone streaming music service and it’s called Amazon Music Unlimited. On the surface it has a number of interesting features that differentiate it from the other major streaming services, but one has to wonder whether potential users will find them compelling enough to subscribe.

If you happen to own an Amazon Echo, Echo Dot or Amazon Tap device, the price is even lower at $3.99 per month, but music playback only works on that device. If you want to receive the full Amazon Music service on your phone, for instance, you’ll still need to pony up for the full Unlimited tier at either $7.99 monthly if you’re a Prime member, or $9.99 if you’re not.

On the surface this seems pretty interesting in that a lower price for streaming is what major industry consultants have been advising for years. Even back at the peak of the CD boom, the average music buyer never purchased $120 worth of music per year, as is the case now with a $9.99 per month streaming plan. Though there’s been a decent amount of streaming penetration at that price point, it’s still only 10% or less in some territories, according to industry pundit Mark Mulligan. Potential subscribers that might not ever buy at $9.99 are more likely to change their minds if that monthly threshold was lower.

That’s why Amazon Music Unlimited’s $7.99 per month price point looks so inviting. It’s a step in bringing that monthly fee more in line with the expectations of the greatest number of users.

The problem is that this price is really a mirage.

You have to be an Amazon Prime member in order to have access to the $7.99 price, and this is after you’ve already payed $99 for your Amazon Prime subscription for the year. And, as a Prime member, you already have Amazon’s Prime Music service available to you for free, so why would you want to pay the extra 8 bucks a month for something that you’ve already paid for?

To be fair, Amazon Music Unlimited is different from Prime Music in a number of ways. There are a lot more songs available (Amazon will only say its in the “tens of millions” as compared to Prime Music’s two million), there are curated playlists, behind-the-scenes artist commentaries, and a new app. Is that worth the extra money per month? It will be interesting to see just how many of the estimated 60 million Prime members say, “Yes it is!”