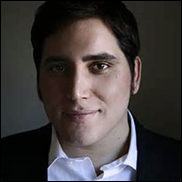 (Hypebot) – Here Brian Mansfield speaks with Justin Kalifowitz, CEO of the dynamic and versatile Downtown Music Publishing, discussing the state of music publishing, the success of the company's royalty collection service Songtrust, and where publishing is headed in the future.


In 2016, Shore Fire Media promises to continue to send you valuable news of all sorts. In this new series, former USA Today reporter Brian Mansfield presents provocative interviews with industry leaders. We think the helpful insights and strategies these visionaries share will help our friends do business better and stay on the leading edge of ideas.


In the first of this series, Brian interviews Downtown Music Publishing CEO Justin Kalifowitz, one of the most dynamic music publishers we know.


Since founding Downtown in 2007 with one employee, the native New Yorker has guided the company's tremendous growth by embracing a technology-forward philosophy, taking a global approach to rights collection and management, and fiercely advocating not only on behalf his own clients but for the entire creator community. In 2014 he co-founded New York Is Music, an organization promoting statewide recognition and support of the music businesses' cultural and commercial impact.


Downtown now has dozens of staff and branches in New York, Los Angeles, Nashville, London and Amsterdam. It represents an impressive array of catalogs, including those of John Lennon & Yoko Ono, Cy Coleman, Hans Zimmer, Jason Isbell, Imogen Heap and One Direction. It also has developed Songtrust, the company's technology platform, which powers global royalty collection for more than 80,000 individual songwriters as well as companies such as CD Baby, The Orchard and Downtown's own catalog in over 90 countries around the world.


Still, one of the most important issues facing music publishing is a persisting one. The U.S., Kalifowitz says, lags behind other countries in collecting money from businesses like restaurants, bars and retail that use music. Such licenses provide most of the money gathered by collection societies in other countries.


"It's not pocket change," Kalifowitz says. "Germany collects almost $350 million a year from that right. In the U.S., which is four times Germany's size, we don't collect even $250 million. It's embarrassing, when you think of the relative scale. Why do Germans pay five times more per person to enjoy music in public than Americans? How is music worth so much less here? That's just not a topic that's discussed, because it's not an exciting topic. It's not about music on the Internet."


As Downtown heads into a year in which its writers and artists have 16 Grammy nominations, Kalifowitz talks about the industry changes he has seen over the past nine years and his bold vision for his company's future.


Q: How have Downtown's publishing contracts evolved to reflect the realities of the constantly shifting digital and technological landscape?


A: The duration of a songwriter's contract used to be tied primarily to music being released on a per-album basis. We've moved away from that to using more applicable metrics, such as income levels or a set number of years. Publishing contracts also used to stipulate royalties for maybe three income types. Now our contracts stipulate at least half a dozen, to reflect different income sources that have evolved.


A: People often look at music publishing like records, but for songwriters. That's not an accurate analogy. The record business depends on how consumers get their music and choose to engage with music. Music publishing and songwriters earn much of their income from media spends by businesses.


In most markets, songwriters earn the most money from general licensing at restaurants, bars, hotels and retail outlets. Those are the No. 1 sources of revenue for many songwriters. It's not people buying downloads, streaming music or, historically, even buying albums. It was always the broad category of public-performance income. Collecting payment for the use of song copyrights is a much more diverse exercise than what you'll find on the record side.


Nowadays, every business, whether it's Coca-Cola or the local café opening in Brooklyn tomorrow, has some sort of music strategy. They recognize the value of music to their brands and are willing to pay for it. That's great news for songwriters.


As an industry, we'll continue to fight for the value of the songs and focus on getting a higher percentage of revenue for the use of our music on digital platforms. We've withstood the past 15 years of disruption for the record industry quite well. I'm hopeful it's going to only get better from here.


Q: In 2010, Downtown launched Songtrust to collect publishing royalties for writers that don't necessarily have publishing deals. Can you share a Songtrust success story?


A: There have been many successes, including producers, artists and songwriters across a broad range of genres. One in particular is a songwriter named Mike Campbell. Mike was a college student at New York University writing with some friends in his dorm room. That day, they wrote what would become A Great Big World's Grammy-nominated hit "Say Something" featuring Christina Aguilera.


As the song gained momentum, Mike went searching on the web for ways to collect the publishing royalties he was generating. He found Songtrust and immediately signed up. He was able to use our platform to collect all of the royalties he was owed both in the US and internationally.


Equally, we're pleased when clients discover that they are owed $264 from YouTube or $86.73 in foreign mechanicals that were trapped in black box. Music publishing is a pennies business, and Songtrust simply enables anyone to collect all of their pennies.


Q: If you could snap your fingers and change one aspect of copyright law, what would it be?


A: The government wouldn't intervene in the licensing of music. It would be free-market negotiation between copyright owners and those who want to license their music.


Q: Downtown opened offices in London, Amsterdam and Nashville in 2014. Why is having a presence in each of those cities important?


A: Music capitals — particularly songwriting capitals for Anglo-American repertoire like London, New York, Los Angeles and Nashville — each hold their own and have incredible publishing communities.


How does Amsterdam fit into a business like ours? It speaks to how we think about the whole business interacting. This is a business of people who can make a difference in the lives of the songwriters we represent. We came across an opportunity to work with Lucas van Slegtenhorst who had run Chrysalis' Benelux operation for many years. In the first year, we have had an incredible run with a handful of songs and songwriters on the charts. We had our first No. 1 this year. We're also starting to represent foreign catalogs for the Benelux region and our local Dutch writers are getting cuts with major K-Pop artists. The long-term vision of Downtown is to have a strong local presence in the world's top music markets.


Q: How does the Nashville office interact with the ones in Los Angeles and New York?


A: Our offices all have their own profiles, their own servicing of the local community and our clients in those communities. That's only half the story. The other half is how they interact with each of the other offices.


Nashville, I think, is a great example. We spent quite a bit of time going there. Over and over we heard, "Nashville is far more than country music; if you guys open shop here, you should take advantage of the talent pool's depth and how much it wants to branch out." We've taken that advice to heart. Working with Steve Markland, who runs our Nashville office, we've focused on making sure our Nashville writers and artists travel to Los Angeles, to New York — not only to meet our staff but to co-write and collaborate. They focus on writing for film and television in L.A. They take part in songwriting camps we set up in Jamaica and Iceland. They may work with our EDM producers out of Amsterdam, and set up collaborations with pop artists in the U.K.


But, of course, it's not only sending out people from Nashville, it's sending talented writers from all our offices to Nashville to work in one of the world's greatest songwriting towns.


Q: What potential expansion markets do you see?


A: We'd like to be in more countries. It's a function of finding the right people and not expanding too quickly. We have a long-term vision for the company. When you think about it that way, you take measured approaches to expanding.


We were active in the UK for several years and were looking at a number of different options to expand our presence before we chose to buy Eagle-i. Roberto Neri, Eagle-i's managing director, was someone we had long admired, and he'd started to build a fantastic catalog and incredible team of publishers. It was perfect timing to acquire the business as our UK platform.


Japan's another market of interest to us. It's the No. 2 music market in the world, but 90% of what occurs there is domestic-language music. Operating a publishing business in Japan without extensive knowledge of what happens locally doesn't make practical sense. Australia's interesting, in that it punches well above its weight class: a country of around 20 million people exporting so much incredible music around the world. It has a vibrant and healthy local music scene and APRA is among the world's most efficient collection societies. That all makes for an exciting potential market to consider.


Further out, while Brazil has had serious trouble with its economy lately, the music coming out of there is incredible. The fans are passionate, the concert scene is extraordinary and the country's music publishing infrastructure, particularly societies like Abramus, are steadily enhancing their services. That enables a company like ours to think about it a bit differently.