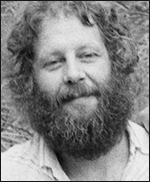 DEVON, Britain (CelebrityAccess) — Bruce Rowland, a drummer who performed with Joe Cocker’s Grease Band when they appeared at the Woodstock festival in 1969; and the folk group Fairport Convention, has died of complications of cancer. He was 74.

Born in Park Royal, Middlesex, Rowland spent his early professional years as a drum teacher, and according to Fairport Convention's David Pegg, Rowland taught a young Phil Collins how to play.

Rowland joined Joe Cocker's backing group The Grease Band in 1969, playing drums for Cocker's performance of "With a Little Help from my Friends" at Woodstock and then on Cocker's top ten single "Delta Lady." He stayed with the group following Cocker's departure, performing on their albums "The Grease Band" in 1971 and and "Amazing Grease" in 1975.

In 1972, Rowland joined Fairport Convention, performing on their widely bootlegged, but never officially released album "Manor" as well as other albums with the group during the late 1970s.

He left the group in 1979, moving to Denmark for a time before returning to live in Britain.

Rowland was also a prolific session musician, appearing on albums with Shawn Phillips, Gallagher and Lyle, Jackie Lomax and the original recording of Jesus Christ Superstar among numerous others

He married his long-term companion, Barbara, shortly before his death. She survives him. – Staff Writers