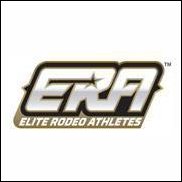 DALLAS (CelebrityAccess) — The Elite Rodeo Association has been forced to cancel three dates from their inaugural tour, conceding that their initial plans may have been overambitious.

The organization announced that they were pulling the plug on three three planned rodeos in St. Louis, Atlanta and New Orleans. As well, 2016 ERA World Championships will be held at the American Airlines Center in Dallas as planned, but the schedule has been trimmed from 5 days to three, with scheduled performances now set for November 11,12 and 13 only.

Holly DeLaune, director of communications for the ERA told the Oregon newspaper The Bulletin that scheduling and attendance issues were a concern at the final three stops before Dallas.

The association, launched last year to challenge the dominance of the Professional Rodeo Cowboys Association (PRCA )has faced headwinds since launch. Following the launch of the ERA announced their launch, the PRCA enacted new bylaws that prohibited any rodeo athlete from competing in a PRCA-sanctioned event if he or she is a part-stakeholder in another circuit.

The ERA tried to block the move with a federal lawsuit, citing anti-trust laws, but the suit was unsuccessful and they have since announced that participating riders can withdraw their stock from the ERA in what may be a death spiral for the organization.

However, at least for now, the ERA remains optimistic and announced that details about the organization's 2017 tour would be forthcoming. – Staff Writers