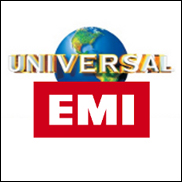 BRUSSELS, Belgium (VIP-NEWS) — The Universal Music Group's proposed acquisition of EMI is headed for the endgame in the regulatory process.

According to Billboard, next week, either Thursday or Friday, Sept. 20 or 21, the European Commission will put the deal and the concessions package to vote before full college of EU commissioners, sources say.

The EU has until Sept. 27 to make its decision known and issue a written report on the decision.

In Europe, the vote by the full college is the third and final step in the process, sources say. So far, sources say that VP of the EU and Commissioner for Competition Joaquin Almunia has approved the deal, and on Sept. 7, it went before the advisory committee comprised of representatives of the 27 EU states, which voted on the deal.

It was unclear at press time how that vote turned out, but sources say the vote isn't enough to stop the deal or give it approval, although the EU Directorate-General for Competition Alexander Italiener has to tell the board how it has taken their opinion into account as the regulatory process moves toward the full college's final vote.

As has been reported, the deal will likely be approved by both the EU and the FTC due to the concessions package submitted by the Universal Music Group, which includes the divestment of the global rights of the Parlaphone, Chrysalis, and Sanctuary catalogs. That means that UMG will be selling labels that include acts like Radiohead and catalogs like Sinead O'Conner and Jethro Tull, among many others, but it will hold onto the Beatles catalog, which is on the Parlophone label.

While many expect the FTC to approve the deal with that package of concessions, opponents of the deal like Public Knowledge as recently as Sept. 10 was calling for the FTC to force UMG to also include the divestment of a larger labels, such as Capitol Records or the Island Def Jam Music Group. Other opponents of the deal said they hadn't heard one way or another what the regulators will do, but were still hoping that it would be turned down, despite the many media reports that indicate otherwise.

If the deal gets its expected approval, the Universal Music Group will probably have six months to dispose of the catalogs that is included in its concessions package. Some stories have suggested that the EU may include some conditions on how the assets are to be sold, but that was unclear at press time.

In any event, the EU may appoint a trustee to oversee the sale, and according to the New York Post, UMG has hired Goldman Sachs and Bank of America as advisers for the sale.

While many press reports thus far claim that the sale of the divested label package means that the overall EMI acquisition will not pay off for UMG because it will not be able to achieve its previously announced target of 100 million euros in savings, that remains to be seen. With plenty of suitors like the BMG Rights Management, Warner Music Group, Sony Music, Ronald Perelman's MacAndrews & Forbes Holdings Inc, and others seeking and able to buy the divested assets (and a large number of indie labels interested in picking off specific catalogs), the price that UMG achieves could very well make the final price it has to pay more attractive than the 1.2 billion euros it was willing to pay for the whole EMI package.