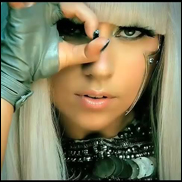 LOS ANGELES (CelebrityAccess MediaWire) — Lady Gaga is hoping to leverage her nearly 19 million Twitter followers into a new social networking sight that has just launched in a closed beta.

Dubbed Little Monsters, the site is currently in an invite-only beta, but according to CNN, the site appears to be similar to another site, Pinterest that allows mobile app users to pin locations and items that they dig. Gaga's site will focus on allowing her fans to share multimedia creations and promote content from others similar to the Reddit model.

Little Monsters is the first project being developed by Palo Alto-based Backplane, a new startup that features Lady Gaga's manager, Troy Carter as one of its founders.

"Backplane is about bringing together communities and Gaga's community just so happens to be the community we're using to learn about proper functionality," CEO Matt Michelsen told Mashable.com. "We think we can really change the world."

The beta comes just ahead of the announcement of the first leg of Lady Gaga's upcoming, 110 date world tour, the first leg of which is set to kick off in Seoul on April 27th with follow-on dates in Hong Kong, Japan, Singapore, Australia including Brisbane, Sydney, Melbourne and Perth. The full list of dates for the tour have yet to be announced.

Lady G is planning to take care of her fans while on the road and each date will feature a 'monster pit' open only to her Little Monster fans.

Moreover, a select group of fans will be invited backstage at each show to meet the inimitible Gaga and none of these fan-perks will increase the cost of the tickets. – CelebrityAccess Staff Writers