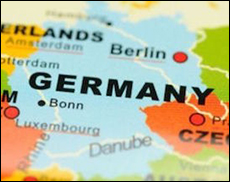 BERLIN, Germany (VIP NEWS) — The income of the German recorded music market increased 4.4% year-on-year in the first half of 2015 – as huge gains in streaming easily offset declines in CD.


It’s yet more good news out of Germany, whose recorded music market grew 1.8% by value across the whole of 2014.


In monetary terms, Germany’s record industry, the world’s third-biggest music territory behind the US and Japan, accrued €686m in H1 2015.


That represented a €30m increase on the period between January-June last year, when Germany’s record business pulled in €656m.


No surprise that the primary driver of the revenue gain in H1 2015 was streaming subscription services (including Spotify, Deezer and Napster) where revenue shot up by a whopping 87.4%, according to BVMI/GfK data.


According to MBW calculations using this data, subscription streaming accounted for around €87.8m in H1 2015, representing 12.8% of Germany’s total revenues.


Combined with ringtones, ad-supported streaming contributed just 1.1% (€6.9m) to the overall German market in H1 2015. (This will trigger debate over what effect the refusal of local CMO GEMA to license YouTube has had on Germany’s music revenues.)


According to our analysis, that means subscription streaming pulled in a bigger H1 2015 year-on-year revenue increase (+€37.3m) in Germany than the decline suffered in CD sales (-€14.6m). Although obviously streaming has a long way to go to catch the total value of CD in the market.


(In the full year of 2014, including the CD-dominant gifting period of Q4, the format claimed 66% of the market.)