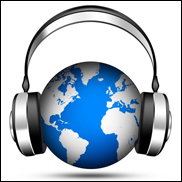 LONDON (Hypebot) – According to the global analyst firm Ovum, the global digital music market is expected to grow at 15% annually, reaching nearly $22.5 billion by 2017. Subscription services are said to be in large part responsible for the growing revenues, predicted to show a compound annual growth rate (CAGR) of 46%, stemming from bundling partnerships with service providers.

Ovum also expects to see high digital music growth in most regions across the globe, with exceptions being North America and Europe, where mobile music is expected to actually decline by 5-7% (although this excludes unlicensed, non-music, and mobile subscriptions).

“The decline in the growth rate of mobile music from previous forecasts is mainly due to the underperformance of ringback tones, the dominance of free ad-supported music, and data costs that are making over-the-air (OTA) mobile music less appealing to consumers," said Ovum’s consumer telecoms analyst Mark Little.

Mobile music’s decline comes as no surprise really, especially in western countries where more people own smartphones and utilize subscription-based music services. However, Ovum reports that telecommunications companies are helping to drive subscription growth with more mobile music bundles – pointing to significant growth in South & Central America, which have each seen over a 50% compound annual growth rate.

“In Asia Pacific, growth created by consumers migrating to subscription services such as Lismo Unlimited from KKBOX in Japan will result in a regional CAGR of 44%,” added Ovum’s Mark Little. “With Spotify landing in the US, joining Rhapsody, Sony Music Unlimited, Rdio and MOG, such brands are helping reinvigorate on-demand subscriptions, and we estimate a 40% CAGR over the forecast period.”

Ovum concludes that the main driver of digital music in the forecast period will be subscriptions, due to it being “a format that can be easily bundled by service providers, as well as offered directly, resulting in increased penetration of subscriptions around the world”.