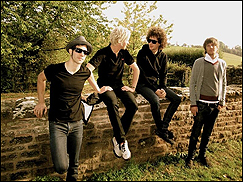 PERTH (CelebrityAccess MediaWire) — Australian alt-rockers Gyroscope has taken issue with their former label, Warner after the company packaged a 'Greatest Hits' release without notifying the band.

It has just come to our attention that Warner Music are releasing a ‘Best of Gyroscope’ album. We only found out about this release after being notified by our fans on Facebook.

The song selection, artwork and everything about this release has been done without consultation with the band.

Gyroscope are a band who have always put our fans first. In our opinion, the release of this album without consultation with the band, and without including any material from our new album ‘Cohesion’, does not represent good value for our fans.

The band's most recent album "Cohesion" dropped just this month on Island and the band is currently prepping an Australian tour to support the release.