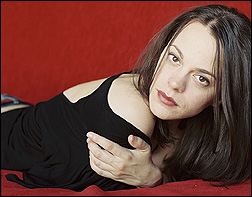 (CelebrityAccess MediaWire) — House of Blues Entertainment is producing and presenting singer-songwriter on her first headlining tour. The 29-date tour will kick off in Asheville, NC, on October 1, and wind down at the new House of Blues Cleveland in Cleveland on November 21.

"After seeing Mindy, I knew she was the 'real deal' and could deliver live as well as on record," says Kevin Morrow, senior vice president, House of Blues Entertainment. "House of Blues is committed to developing this kind of talent on a national scope. We're thrilled to be involved with Mindy's first foray into the mainstream touring world."

In October, Smith will also be featured as a Sirius House of Blues Emerging Artist of the Month, a series devoted to encouraging young artists and their craft with the kind of national exposure House of Blues and Sirius Satellite Radio can provide. Past Emerging Artists have included Coldplay, Linkin Park and Kanye West.

Smith was recently nominated by the Americana Music Association in three categories (New/Emerging Artist of the
Year, Song of the Year and Album of the Year) for the 2004 Americana Awards to be held in Nashville on September 24. Her music video, "Come To Jesus," may be seen currently on VH1. "Having House of Blues on board will enable me to reach out to a broader audience," says Smith. "House of Blues has a reputation, so people are comfortable coming to see new artists they wouldn't usually go see. Their venues are fun and light-hearted – everyone is going to have a good time. I plan on having a good time! I'm grateful for this opportunity."