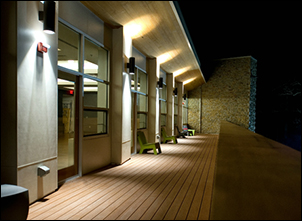 COLUMBIA, Md., (CelebrityAccess) — As the Merriweather Post Pavilion prepares to celebrate its 50th birthday, Bethesda, Md.-basedI.M.P. Productions announced that they have renewed their lease, paving the way for them to operate the venue for the next 40 years.

News of the deal comes against a backdrop of extensive renovations at the Merriweather, a process that started way back in the dark days of 2004 when promoter I.M.P., who also operate the iconic 9:30 Club in Washington D.C. was brought aboard to operate the Merriweather by Howard County.

Since then, I.M.P. has slowly, but steadily worked to improve the infrastructure and facilities at the Merriweather as part of a five-year, $55 million renovation plan that has addressed everything from environmental sustainability to new decor.

Upgrades completed at the Merriweather include a brand new box office, concessions, restrooms, lighting, and nearly 15,000 square feet of dressing rooms and backstage amenities. As part of the backstage renovations, the area was redesigned to resemble a motel, complete with not one, but two functional swimming pools.

“I have to say, this really is the nicest venue I’ve ever seen,” said Seth Hurwitz, chairman of I.M.P., promoter, and operator of Merriweather and co-owner of the 9:30 Club.

The financial terms of the new lease were not disclosed. – Staff Writers