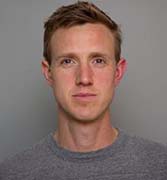 CUPERTINO, CA (CelebrityAccess) — One of the key figures in Apple's new music streaming service is leaving the company just two months after the service launched to mixed reviews.

In a story first reported by the Financial Times, Ian Rogers, who was in charge of Apple’s online radio services, including its Beats 1 station, has abruptly resigned from the company.

According to the New York Times, two unnamed sources said that Mr. Rogers is planning to move to Britain to work for an unnamed luxury brand in a business unrelated to Apple or music streaming before the company was acquired by Apple.

A digital music veteran, Rogers got his start in the industry running the Beastie Boys website while in college. He then went on to work for search giant Yahoo! and TopSpin, a digital marketing company. In 2013, he joined Beats as the CEO of their planned music service.

Rogers exit comes just two months after the launch of Apple Music, and just a month before the 3 month free trial period for the first flush of what Apple said were 11 million early adopters expires. Apple's ability to convert those users to customers who pay a monthly fee for the streaming music service will be a key test for the company.

Mr. Rogers declined to comment on the news of his departure. – Staff Writers