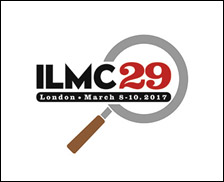 LONDON (CelebrityAccess) — Organizers for the 29th International Live Music Conference (ILMC) have announced the agenda and schedule for this year's conference, as well as new components to the invite-only event.

2017 will mark several firsts for the long-running music conference and this year, organizers are introducing a new Festival Summit and Venue Smmit, both aimed at key market segments and developed in partnership with industry associations and operators.

An annual update on the global artist booking sector, The Agency Business 2017 launches this year as well, as does The Think Tank series featuring a trio of well-known industry figures. All take place alongside ILMC's regular three-day schedule of panels and workshops.

Highlights of the agenda this year include:

ILMC 2017 will take place at the Royal Garden Hotel in London from 8-10 March. – Staff Writers