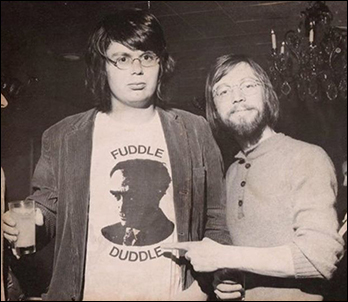 TORONTO (CelebrityAccess) — In the early 1960s, at the age of 15, Larry LeBlanc started to do what very few had done before and even fewer were taking seriously as a profession: he started to write about music.

The budding music aficionado bought his first album, Bobby Darin’s That’s All, in 1959, and was booking bands, such as the Lincolnaires and the Du-Kanes, for his school dances soon after.

His first interview was with Ronnie Hawkins in 1965 in the lobby of Le Coq D’Or club. As LeBlanc recalls, Hawkins—in the truest of rock ‘n’ roll fashion—had a go-go girl on each knee, and was drinking Brandy Alexanders. “I knew you when you were a teenage genius,” Hawkins would tell LeBlanc decades later.

America had names like Crawadaddy founder Paul Williams, Richard Goldstein of the Village Voice and jazz writers Nat Hentoff and Ralph Gleason from DownBeat, and Canada had the brilliant, meticulous and opinionated LeBlanc.

Among a handful of pioneering music writers from Canada, he captured pivotal times in North American music history—some while he was still in high school—interviewing legends in their prime, like Joni Mitchell and Leonard Cohen, for U.S. publications including Rolling Stone, Hit Parader and Circus, along with New Musical Express and ZigZag in the U.K.

“The reason people like me were hired at 16 was because I was in touch with the youth and what was going on,” says LeBlanc. “I can remember a writer from the Toronto Star getting all excited about The Spencer Davis Group. ‘Which one’s Spencer Davis?’ he kept asking. I’m going, who the hell cares? I’m here to see Stevie Winwood. He was the star. They did not have a clue.”

For five decades, LeBlanc has been fervently covering music in Canada, and beyond, as one of the country’s foremost features writers and a top scribe on the music industry trade scene.

While working as the Canadian Bureau Chief for Billboard Magazine from 1991 to 2007, he interviewed hundreds of internationally-renowned Canadian chart-toppers, such as Alanis Morissette, Avril Lavigne, Barenaked Ladies, and many others. Currently, as a senior writer at CelebrityAccess, a U.S. entertainment trade, LeBlanc estimates that he’s conducted over 250 interviews in the past seven years alone.

Influenced in his early years by some of the forebears of New Journalism, such as Gay Talese, Grover Lewis, and Tom Wolfe, who combined literary techniques with reportage while embedding themselves with their subjects, LeBlanc came out of an era where the distance between musician and writer seemed indistinguishable. And both, it seemed, rose to fame and infamy alongside each other.

During the ‘70s, it wasn’t unusual to travel with artists. As LeBlanc mentions, you’d hang out with them, meet their mothers, fathers and girlfriends, and then spend several days at a library researching everything you could about your subject, getting to the root of who they were, where they came from, and the psychology behind their music.

With LeBlanc living between the offices of CHUM AM/FM and RPM Music Weekly, artists would often come to his own house for interviews.

“Kris Kristofferson would come over and just hang out and we’d talk music and books and everything else,” he says. “Those were real people.”

Musicians back then didn’t do one-nighters, as LeBlanc explains, they did week-long stints at venues, like Toronto’s Riverboat Coffee House and the Colonial Tavern, giving inquisitive music writers more opportunities to really get to know the people that they were interviewing.

“That’s kind of what it was,” he says. “Or you’d walk into a bar and Muddy Waters would pull you over. ‘Young son, young son, come on over here! Sit with Muddy.’…You were invited to stay there and drink with them.”

LeBlanc introduced to NMC, begins to rally support from industry

In 2014, LeBlanc was hired as a consultant for the National Music Centre (NMC) to help open doors for NMC within the music industry. His contacts in the business, through his 50-odd years working in the industry and previous consultation work with the Rock and Roll Hall of Fame in the U.S., has been invaluable to the organization.

“When I met Andrew Mosker (NMC’s president and CEO), I thought, why Calgary?” he says. “Then I went out there. As soon as I saw (the concepts), and met the team, I got it instantly. I turned to him at one point and said: ‘You don’t know this yet, but you need me.’”

Indeed, LeBlanc’s connections and influence have been instrumental in securing support from Canadian artists and industry people. Over the next year, NMC will announce a myriad of iconic artists, managers, producers, songwriters, and record labels that have pledged their support.

“The argument that I use with them is that our history is not going to be preserved in the United States,” says LeBlanc. “Do you ever think that Bryan Adams is going to get into the Rock and Roll Hall of Fame in the States? Maybe, but maybe not. Look at how long it took Rush to get in.

“We’re like footprints in the sand,” he continues. “When the water washes over us, we are in danger of being forgotten without projects like the National Music Centre. Look at Bobby Curtola. The Guess Who was his backup band for God’s sake! People forget. Our memory in Canada tends to go back to 1971 when Canadian Content regulations came in.”

A keen supporter of NMC and its efforts to preserve and celebrate Canada’s music story, LeBlanc notes some of the many Canadian breakthroughs that deserve recognition: From the pioneering work of Windsor, Ontario’s Richie Hawtin and John Acquaviva and their contribution to techno in the ’90s to Canada’s role in the emergence of children’s music with acts such as Toronto’s Raffi and Sharon, Lois and Bram, and Winnipeg’s Fred Penner.

“We kick-started the children’s thing internationally,” he says. “There’s a number of different types of music where we really led the way. We ruled folk music with Ian & Sylvia, Buffy Sainte-Marie, Gordon Lightfoot, and Bonnie Dobson. Even with metal, hard rock and rock ‘n’ roll—whether you like it or not, Nickelback’s ancestors are bands like Triumph.”

At 67, he is still just as plugged-in to music as ever, able to speak deeply and knowledgeably about diverse genres from across Canada. Be it Cape Breton fiddlers Winston “Scotty” Fitzgerald and Buddy MacMaster or Nova Scotia’s The Rankins. Be it iconic Quebec singer-songwriters Robert Charlebois and Richard Séguin or the province’s pop megastars Celine Dion and Ginette Reno.

“I got a PhD in country music working with Ian Tyson,” he adds about his days writing The Ian Tyson Show on CTV. “I think people like to talk to me, because I am genuinely interested in music and different genres.” (That also includes EDM and rap, btw.)

For his contribution to Canadian music, LeBlanc received a 2013 Walt Grealis Special Achievement Award at the 2013 JUNO Awards. He is the only music industry writer ever to receive such an honour.

Speaking about his 50-year career covering music, he says: “I don’t look back. I look forward. I’m just wondering what the next interview is going to be.

“What keeps me going is the great music here in Canada. The Canadian talent pool keeps exciting me. It takes me back to when I was 15 years old.”