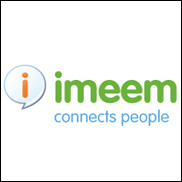 SAN FRANCISCO (Hypebot) – In a letter to its labels this week, digital distributor IODA recommended not granting licenses to prominent net services imeem, LaLa and others that offer full song streams due to inferior royalty structures. The distributor's struggles underscore that even in Music 2.0, there are vast inequities which leave indie labels fighting for position behind the major labels and their large catalogs.

According to the letter, "imeem proposes to pay out a percentage of advertising revenue from its site, but will not thus far commit to a base per-stream floor rate…in contrast to the deals many of the majors received (more…) Under this structure, the imeem royalty rate could end up lower than the compulsory DMCA rate paid by non-interactive internet radio webcasters (just $.0014 per performance)…

IODA CEO Kevin Arnold said further that Lala intends to "stream full songs for free on its' site in the hope that these streams will result in sales of downloads and CDs. They have proposed a complex payment structure…that includes caps on streaming payments which would result in rates uncomfortably below the levels paid by other streaming services. It remains to be seen the degree to which free streams will result in sales…"

The letter also names Grooveshark and Aime Street among sites that IODA are negotiating with and causitons against making individual label deals siting the power of collective bargaining and the growing strength of indie trade groups like A2IM, WIN, Merlin.

When IODA started back in 2003, one of our main goals was to level the playing field between the independents and the majors. At the time, independent labels were almost universally receiving lower licensing rates, with some digital music services paying indies as little as 25% of what the majors received for an equivalent usage. Over the past several years, as IODA and the independent sector have grown in strength, we've made tremendous strides towards improving digital music licensing rates for indies. However, a great deal remains to be done on this front.

Everyone at IODA strongly believes that recorded music has value, and that the future is bright for independent music in the digital space. iTunes and its peers have demonstrated that there are millions of consumers willing to pay to download and consume music online, and we are confident that the future will bring many new ways of delivering recorded music to consumers.

Recently, a number of new music services with new approaches and business models have been in the headlines, and we want to update you on the status of our discussions with them. imeem, a fast-growing social network built around music, and lala, which started as a CD-swapping service, are at the forefront of this group. They are noteworthy because both allow consumers to stream unlimited amounts of music for free.

imeem proposes to pay out a percentage of advertising revenue from its site, but will not thus far commit to a base per-stream floor rate, which is common in the industry for this type of use, and in contrast to the deals many of the majors received according to many media reports (see WSJ article dated Dec 10, 2007 for details). Under this structure, the imeem royalty rate could end up lower than the compulsory DMCA rate paid by non-interactive internet radio webcasters (just $0.0014 per performance), far below the standard rates paid for full-song on-demand streaming in services like Rhapsody and Napster.

Lala's intention is to stream full songs for free on its' site in the hope that these streams will result in sales of downloads and CDs. They have proposed a complex payment structure for these streams that includes caps on streaming payments which would result in rates uncomfortably below the levels paid by other streaming services. It remains to be seen the degree to which free streams will result in sales, and we'd like to see more protection in the event that a user streams content, but doesn't go on to make a purchase.

IODA has been in discussions with these two services for the majority of 2007 with the goal of structuring economically equitable and sensible agreements. We continue to work on these deals, but we have not as yet been able to come to terms and present you with what we consider to be fair deals that provide fair compensation for your content.

As IODA evaluates the many new digital music models in the marketplace, we keep an open mind about these new businesses and the potential solutions they hope to provide. At the same time, we're very concerned about partnering with sites that dramatically devalue music, or those that shortchange independent music in favor of the majors.

One trend we're particularly concerned about is digital music companies that build up large user-bases by offering free or devalued music services (often illegally). The volume of users may result in multi-million dollar valuations for a company when they are acquired, but with limited revenue or compensation for the labels and rightsholders that represent the music. In many cases, the major labels have addressed this by taking large advances and equity ownership positions in these companies, the benefit of which likely never trickles down to their artists or distributed labels. IODA is not in a position to do business this way; our goal is to generate revenue for our clients through the distribution of music to fans. We certainly want to support the efforts of those that are attempting to do things legally, but we want to ensure that the licenses we enter are fairly compensating our labels. More than ever, independent music is an important sector of the marketplace, one critical to the success of these nascent businesses, but the actions of some companies demonstrate that they still place more importance and value on major label content.

Fortunately, independents have never been better organized and coordinated on a national and global level, with organizations like A2IM, WIN, and Merlin (which I serve on the Board of Directors of) taking shape to help strengthen the position of indies in the market and address situations in which independents are being discriminated against.

As we continue to work towards fair deals with these prospective partners, we understand rightsholders may be approached to do direct deals. Other young start-ups we are in discussions with like Amie Street or Grooveshark we know to be approaching labels as well. Please remember that it is the collective bargaining power of the entire IODA catalog that gives us the ability to negotiate better deals that benefit all of us. A single label, even one with thousands of titles, cannot match what we can accomplish together, representing more than a million tracks of independent music. Additionally, remember that IODA's success correlates directly with that of our labels – we do well only when you do well. Retailers like these will not have your financial best interests at heart in the same way. We hope you'll trust us to keep fighting on your behalf in 2008.

If you have any questions about the above, please contact Client Relations at cr@iodalliance.com