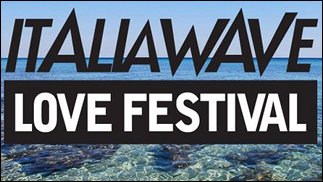 PUGLIA, Italy (VIP NEWS) — The Italia Wave Love Festival will celebrate its 25th birthday under the sun of Puglia, Italy from the 14th to 17th July in the town of Lecce for the first time.

The four day event will include concerts, exhibitions, movies, comics, installations and workshops in one of the most beautiful regions of Italy – Salento.

Bands will play from 10 a.m. till night and the festival will include exclusive performances in Italy by Paolo Nutini and Kaiser Chiefs; plus an unseen concert by Giovanni Lindo Ferretti at dawn, and the first performances in Italy by the Moroccan Oudaden and Emel Mathlouthi, a Tunisian singer; The Serge Gainsburg Experience from France and the Vivendo do Ócio from Brazil.

Tickets for the Main stage are among the cheapest in Europe: on Thursday 14th July the ticket is 15 euro, on Friday 15th July 23 euro, on Saturday 16th July 25 euro. Sunday 17th July, the Italian day celebrating the birthday of the festival, is free thanks to Puglia Sounds that will give away 20,000 free tickets. Instructions on how to get these will be available on the Italia Wave Love Festival web site.

Other highlights will feature DJ’s at Elettrowave 2011, and at Ostello del Sole area situated in San Cataldo di Lecce, a few kilometers from the town centre all the winner bands of the “Italia Wave Band” contest will perform.

A few meters from the concert area will be the CultWave space, the cultural framework of Italia Wave, at the Lido York, on the beach. From 5 till 7 p.m. the audience of the festival can take part in meetings, interviews and readings, including the celebration of the well-known comics protagonist Dylan Dog.