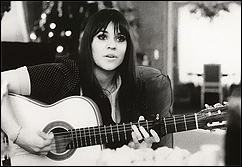 ItsAboutMusic.com has signed Melanie and will exclusively release her complete catalog of 30 plus albums on CD and for digital download for the very first time. "I feel like a person who's never been heard," says Melanie. "Maybe people think they've heard me, but they never really have. I'm a new artist. I'm having so much fun with my voice; a person shouldn't be allowed to have so much fun. I'm the woman I wanted to be when I was sixteen and going for Edith Piaf. It's me — I'm back. And ItsAboutMusic.com has been wonderful in helping me do just that by releasing my entire catalog of music."

"I've known Melanie's music to some degree since the late 60's," said It'sAboutMusic,com President Dean Sciarra, "but I had no idea how incredible her catalog had become since then. Most people don't know that she never stopped making great music. Since my partner, Patti Petow re-introduced me to this music, we at ItsAboutMusic.com are lucky enough to be working with Melanie and distributing her extensive catalog under one roof."

"What struck me was that before we notified the world that Melanie's music was available at ItsAboutMusic.com, some of her fans found our site and in the last two weeks we've sold more than $3000.00 worth of CD's and downloads. Cult following? Seems more than that to me."